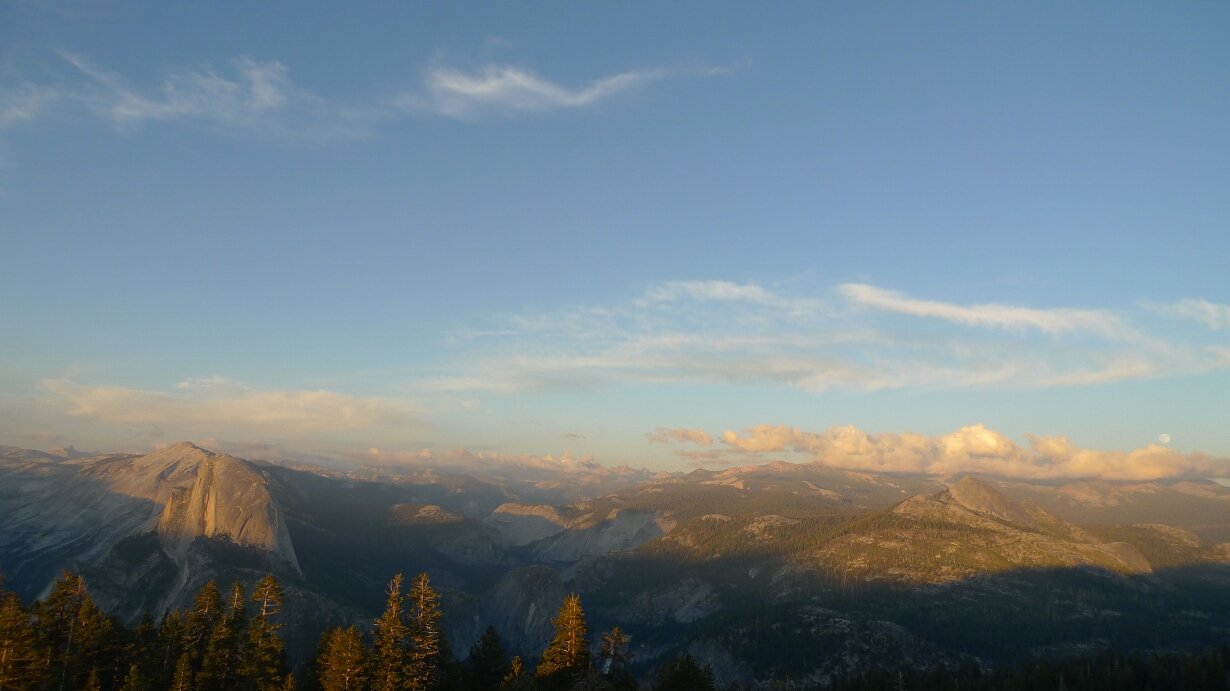 On our way down from the tunnel view lookout, another hiker told us about a full moon rising hike to Sentinel Dome later this night. Since it was already quite late, we had to make the decision instantly to drive up Glacier Point Road to the meeting point. At first, I was a bit worried about losing our campsite at Summerdale by showing up past midnight. But luckily, my partner convinced me to take the opportunity of this one and only chance to see the sunset and the full moon rising from the tops of the Yosemite peaks. So instead of heading to the Summerdale Campground, we started the 1 hour drive to the Sentinel Dome and it turned out to be so much fun. Already on our way to the meeting point, a curious coyote was hanging out right next of the road. 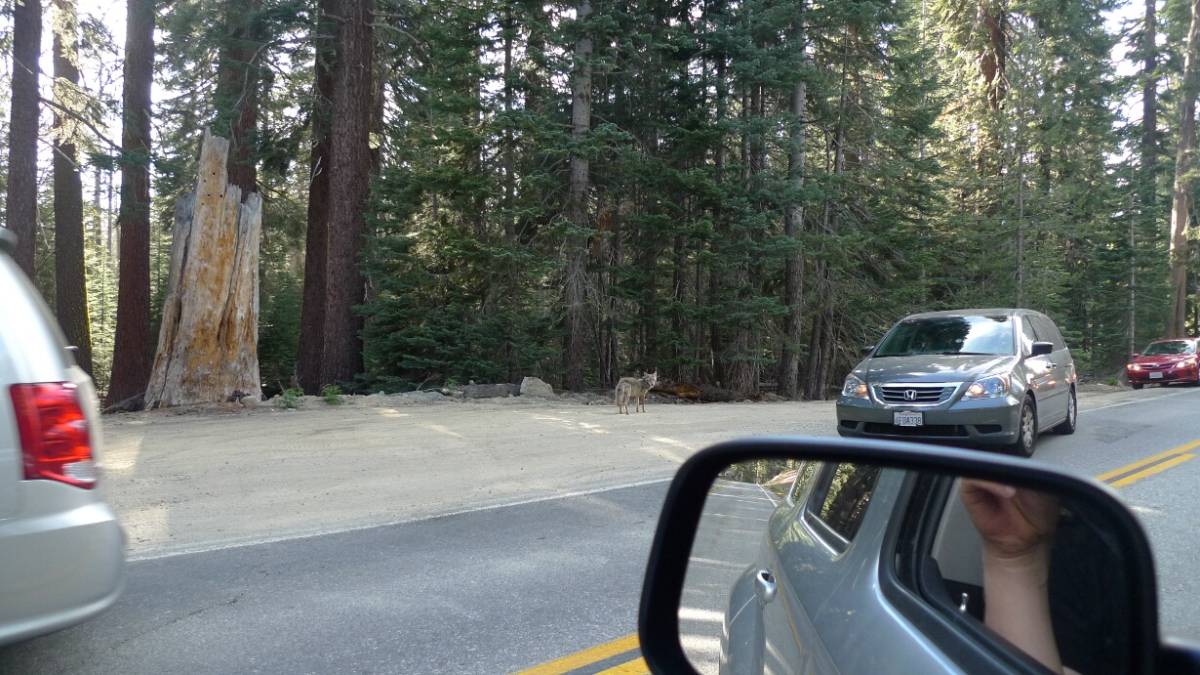 As the ranger later told us, the sad part of the story is that this guy was actually spoiled by tourists feeding it and it was just waiting for another sausage. So i guess the first coyote i have seen in the wild was already a little bit domesticated. A couple of miles ahead, we met the ranger with about 40 other people who showed up for the hike. The last time this hike has been organized was about 20 years ago with about 300 people showing up. Most likely all the cars did not fit into the tiny parking lot – due to the amount of people the the park rangers discontinued the hikes.

The hike to the top of Sentinel Dome was more like a walk and took just about 20 minutes. We then had about an hour to enjoy the magnificent views at almost the same height as Half Dome and before the moon made any attempts to rise. While we waited for the moon to rise, the nice rangers explained the history of the valley and all visible peaks in particular. 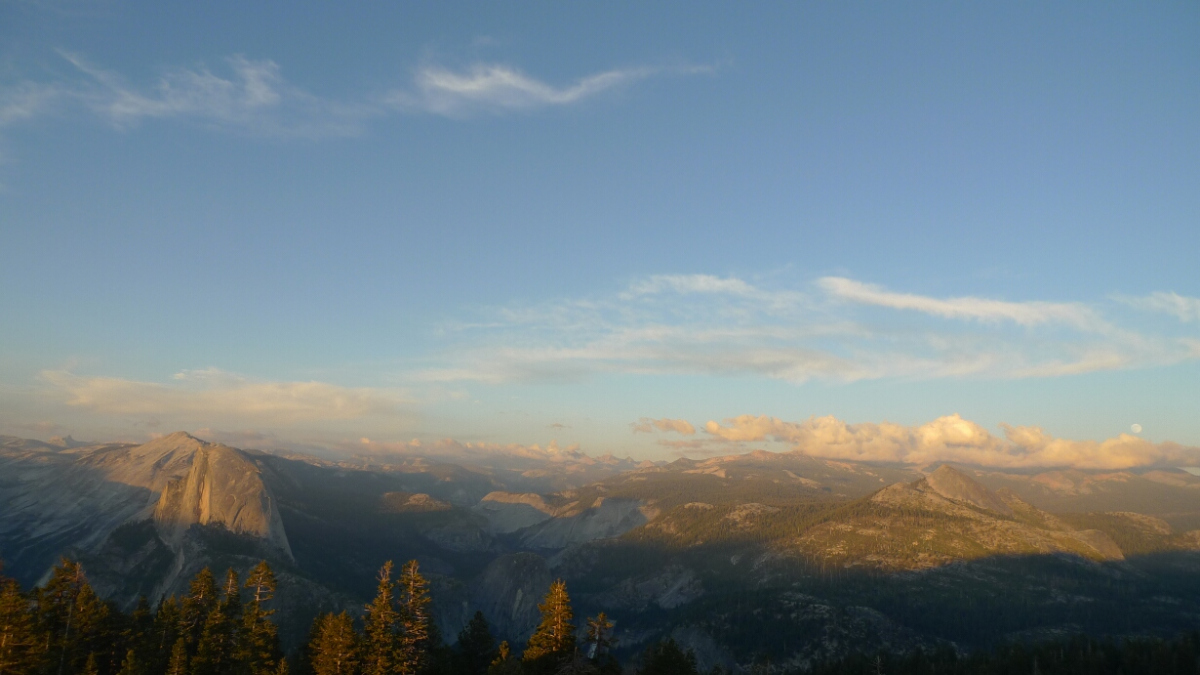 When the moon finally showed up, it appeared just above the clouds as a beautiful large pale disk. The sun was still up and only started to set about 30 minutes later. This resulted in a very slow and beautiful change of the colors of the sky and the few clouds. While the moon started to rise and began to glow, the sky became a reddish dark and the clouds turned purple. After the sunset, we made our way down to the car, still having about 60 miles to drive through the park to Summerdale. When we finally arrived, we found our campsite still waiting for us, quickly set up the tent, cooked some pasta, and enjoyed the food with the starts above us. What a great decision!