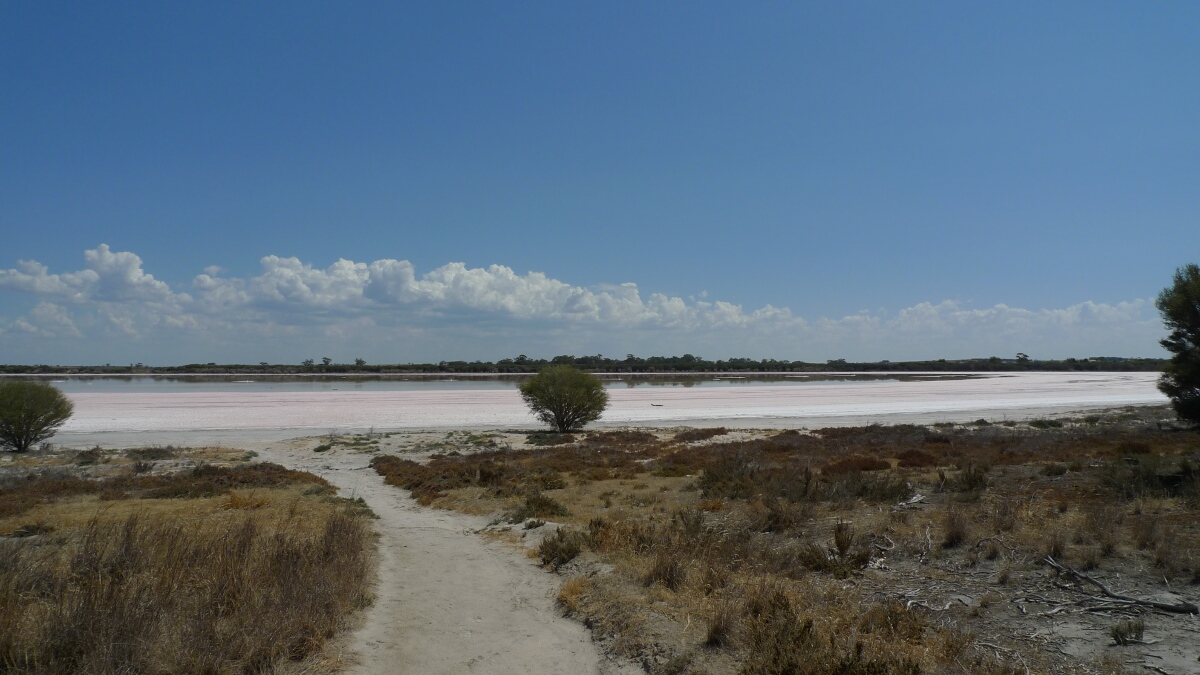 About 80km north west from the Grampians lies the Dimboola Pink Lake. Very conveniently on a summer scorcher, the lake is right next to the highway and a short path of about 50 meters gets you to the salty shore. The pink color comes from a type of minute algae that generates beta carotene and leaves the pigments on the salt. The intensity of the pink color depends a lot on the current water level. The less water, the more reflects the dried salt a white light thus reducing the pink effect. It was pretty dry when we got there, but we still saw many pink waves in the white salty ground. 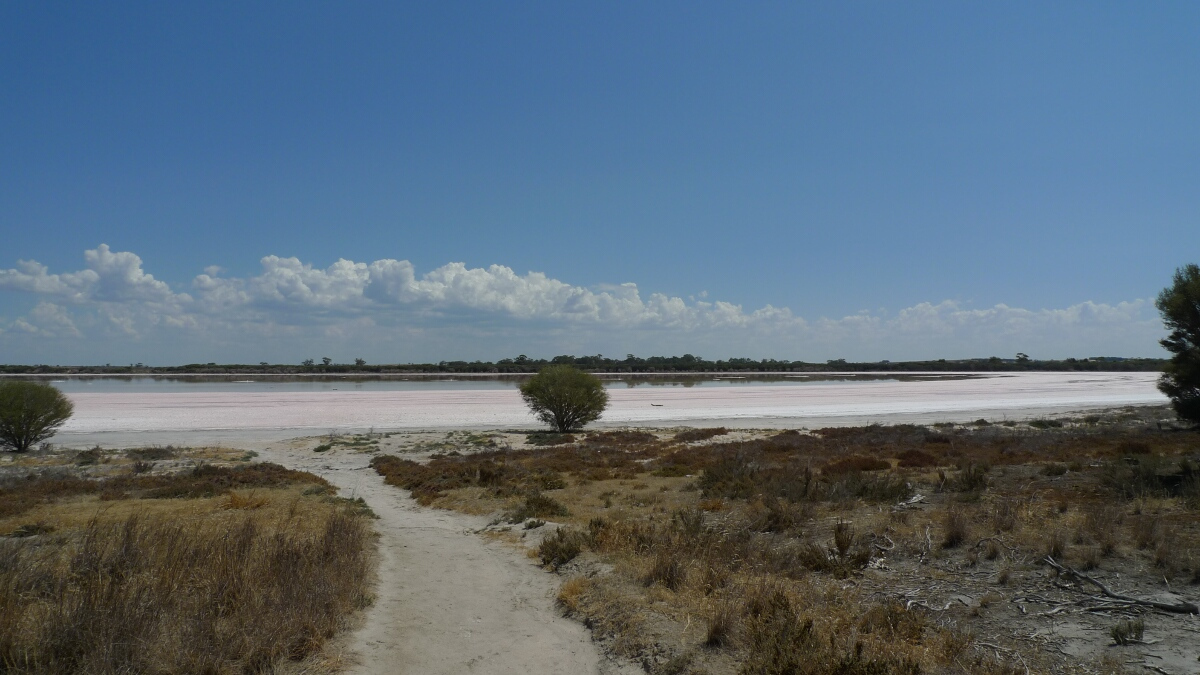 The salt of the lake has been harvested since the early 1860s but had been abandoned for decades. A couple of years ago, a nearby Olive orchard business has launched a new project to harvest about 20 tons of salt a year. There is an interesting article about the lake and the salt operation out here. 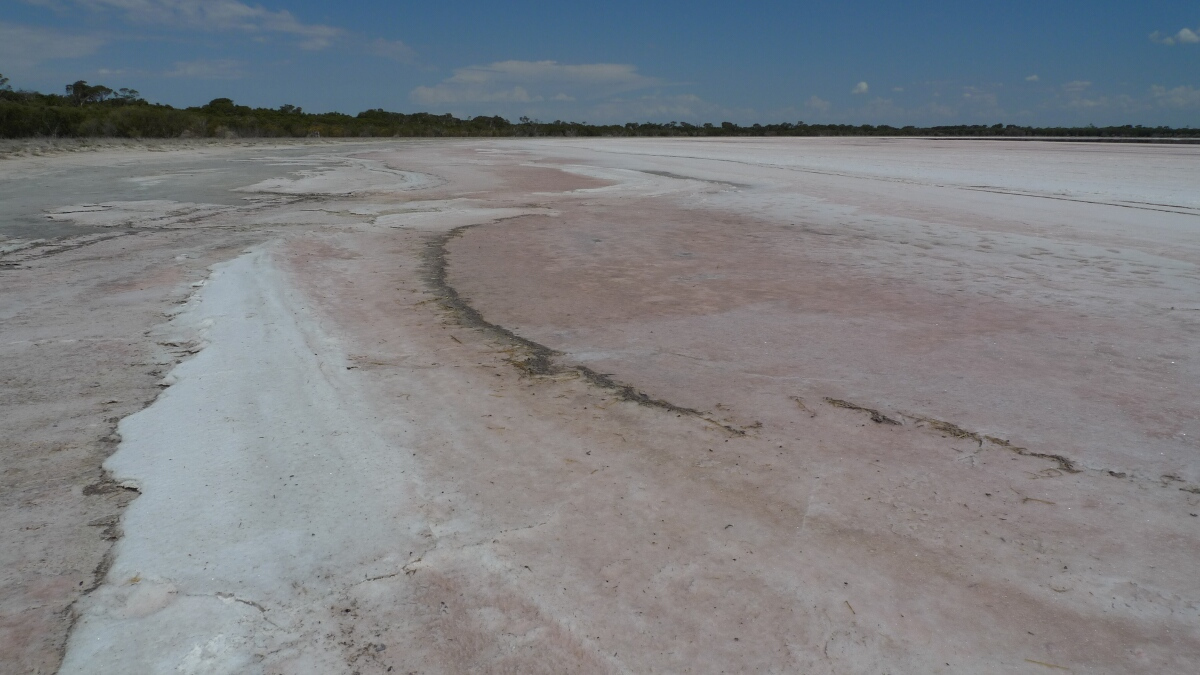