On the next day, we drove to Warrumbungle NP, a park known for its volcanic rock formations and its koala population. Soon after we arrived, several kangaroos approached us, feeding on the grass right next to where we pitched our tents. With a couple of sunny hours left, we started a short hike on the service road at Camp Blackman, trying to spot koalas without any success. We finished the day with a BBQ, and planned to do the Breadknife and the Great High Tops walk the next day. 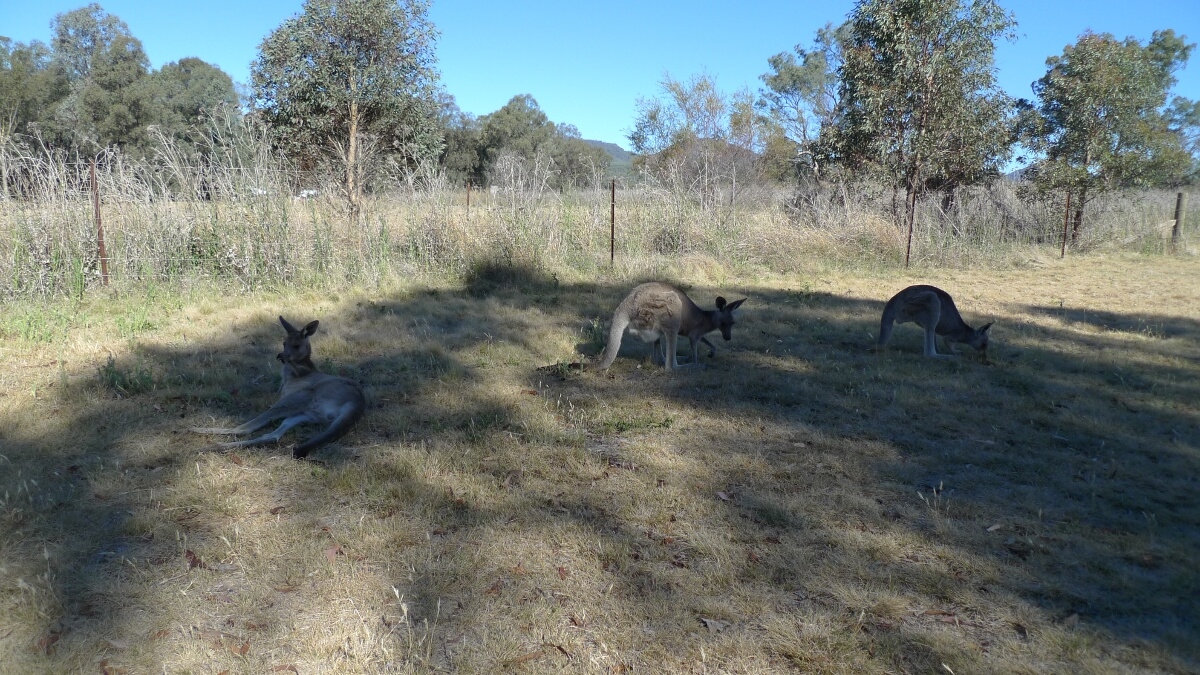 The trail starts from the Pincham Carpark and follows the Spirey Creek for a while. The trail is in very good shape, almost a bit too good – eventually, a large wooden staircase has replaced the old stone steps for the ascent towards the Breadknife. The trail allowed glimpses on the Breadknife, its structure and height are most impressive on the part of the trail along its side. In its center, a lookout provides a great view on the lush forest on the other side of the Breadknife. 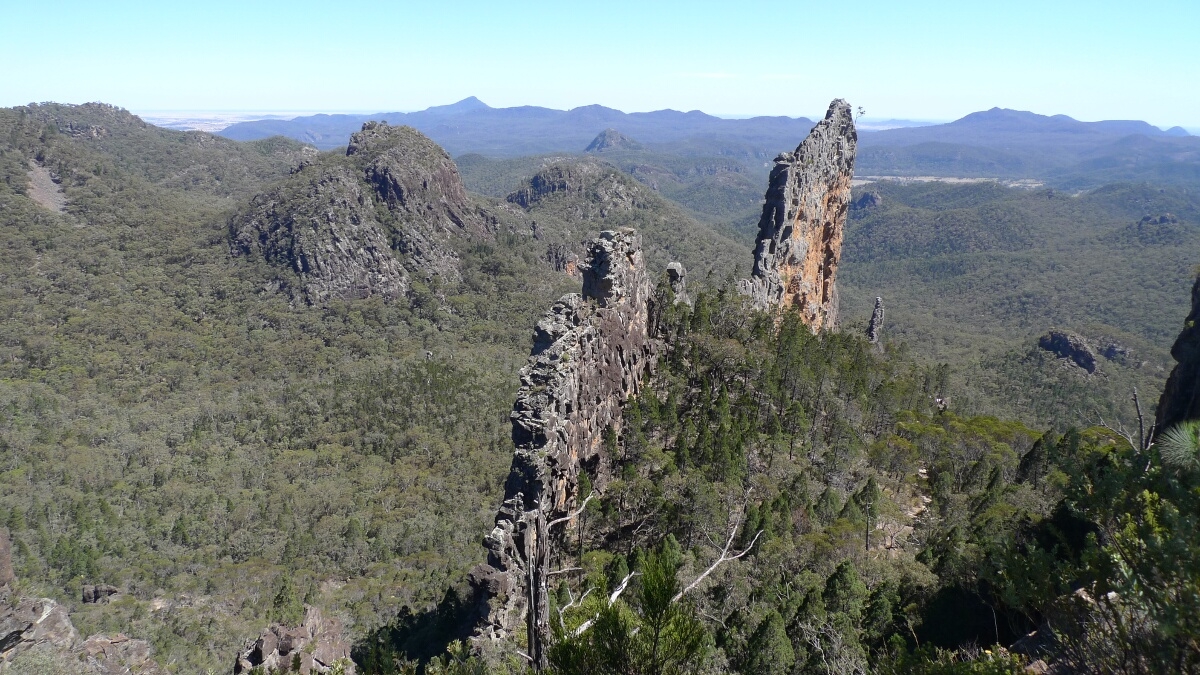 The trail continues upwards to the Great High Tops. Several lookouts with amazing views are scattered within a distance of just a couple hundred meters. We rested for a quick lunch on one of the tops and then continued via the Dagda Shortcut through the forest just beyond the Breadknife back to the car park. On the way down, a red-bellied black snack was resting right next to the trail. Two of us must have walked just a couple of centimeters past it, before the third person in the group noticed it. Luckily, the snake did not care and started to retreat towards the bush. 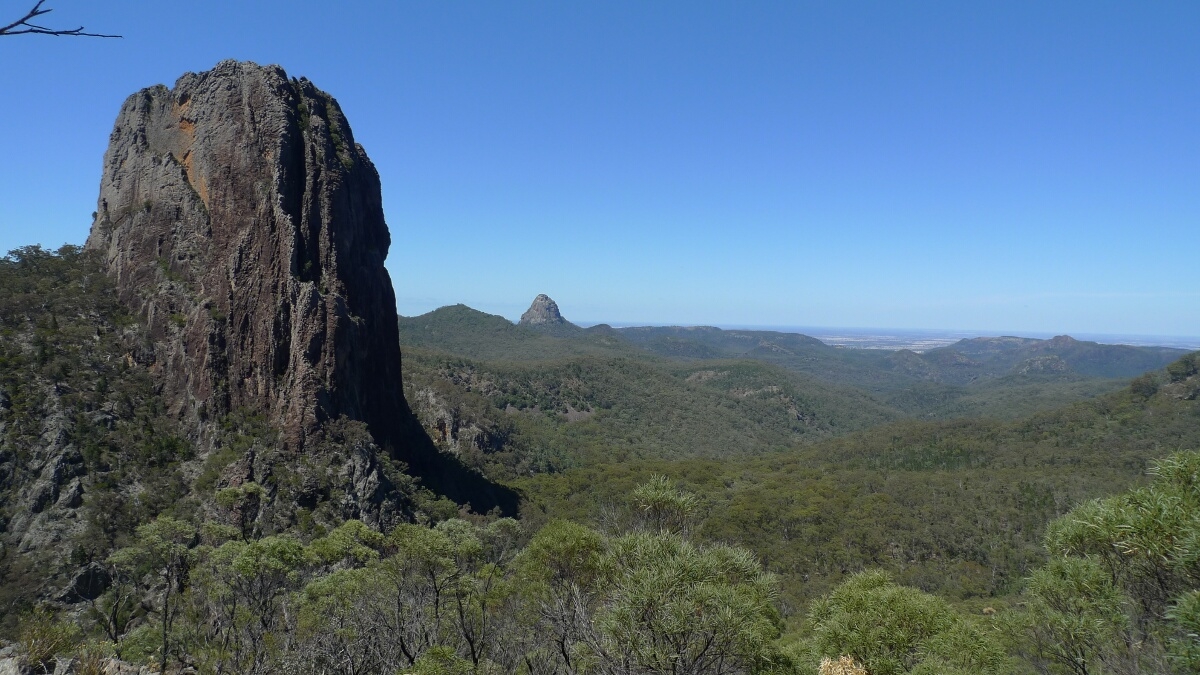 Being in a great mood after the magnificent hike, we started the drive to Wollemi NP, slowly coming back to the Sydney area.

Due to a battery failure combined with a lazy hiker, the tracks cover just about half the trail. Luckily, apart from the Dadga Shortcut, the walk is a round-trip and it is really hard to get lost on this well-established trail.