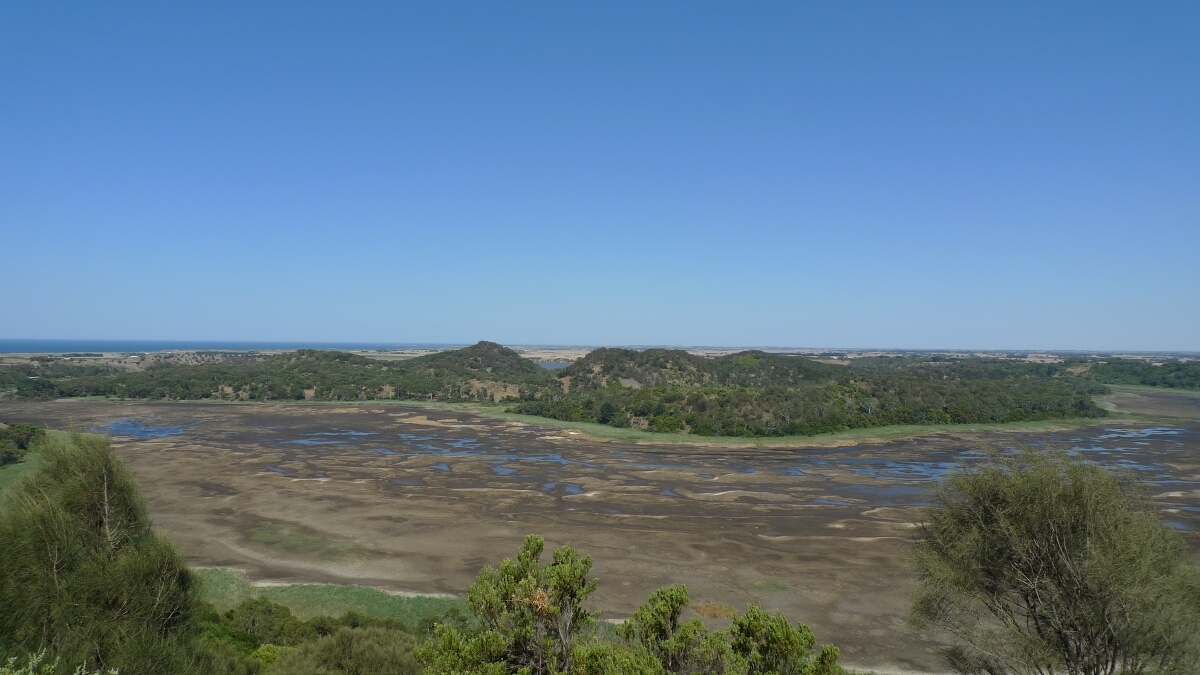 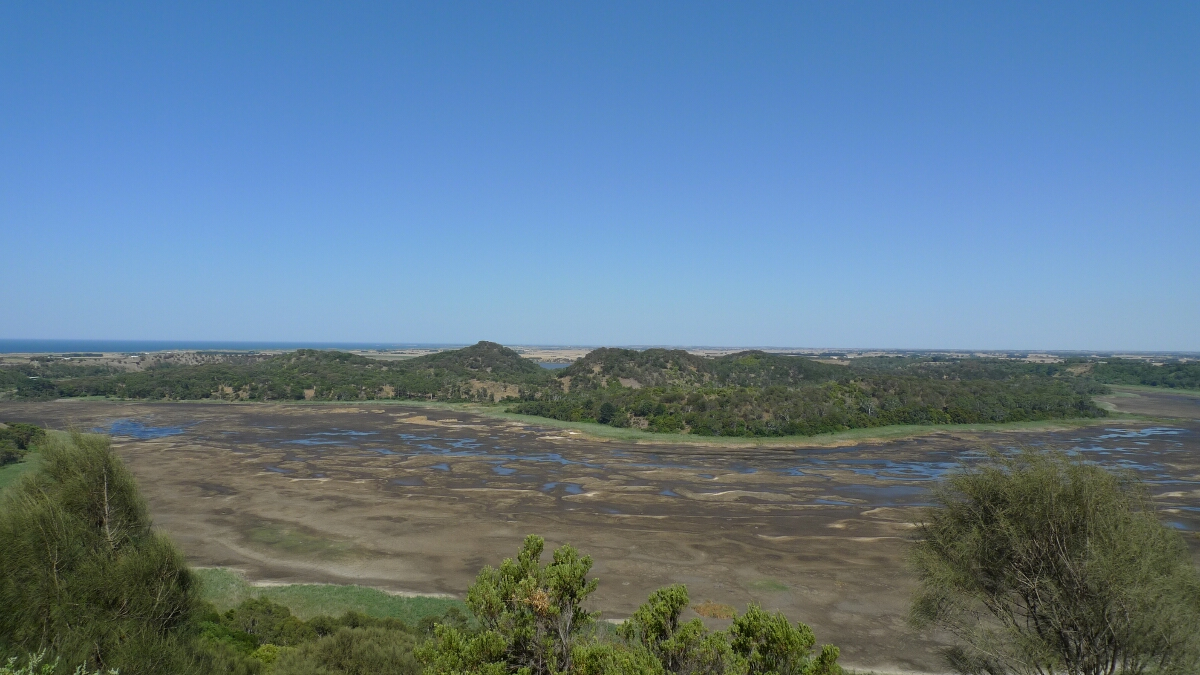 On the way to the Great Ocean Road we made a stop at the Tower Hill Wildlife Reserve just a few kilometers east of Port Fairy. The reserve offers a couple of hiking trails around an inactive volcano and there is a good chance to get really close to several animals. There is an information center that has great coffee so we took some and scouted for koalas on the nearby meadow packed with gum trees and picnic tables. It was the only time, that we walked around just with our sandals since the heat reached 40C again and we did not have intentions to go on one of the longer hikes. Well, that proved to be a mistake. While scouting the gum trees for koalas, I stepped on a big copperhead that was luckily as scared as me about the occasion. It hit me a little with its body but did not have a go with the fangs. Here is a picture of the copperhead. 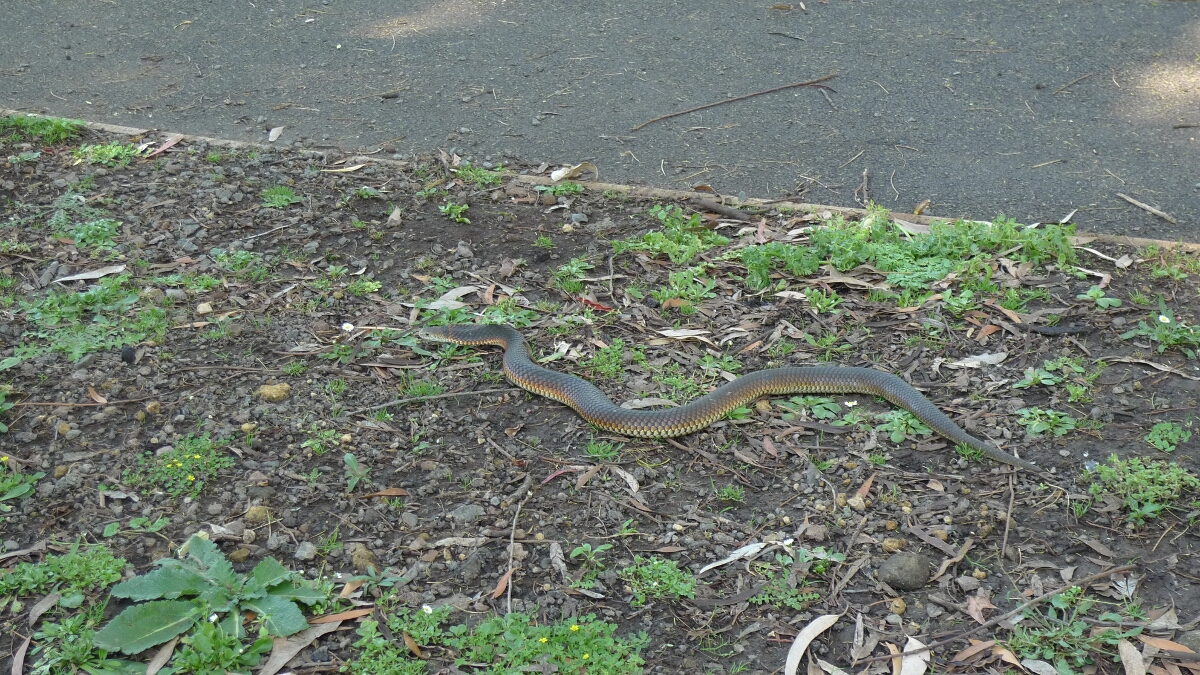 The rangers later told us that the snake population is huge because it rained well in the winter and so there is food in abundance for them. We changed our footwear and finally found a couple of koalas and a pair of emus running around. It is a really nice place for a break, but after the incident we decided to get going after not too long. Here are some more pictures of the wildlife in the reserve.