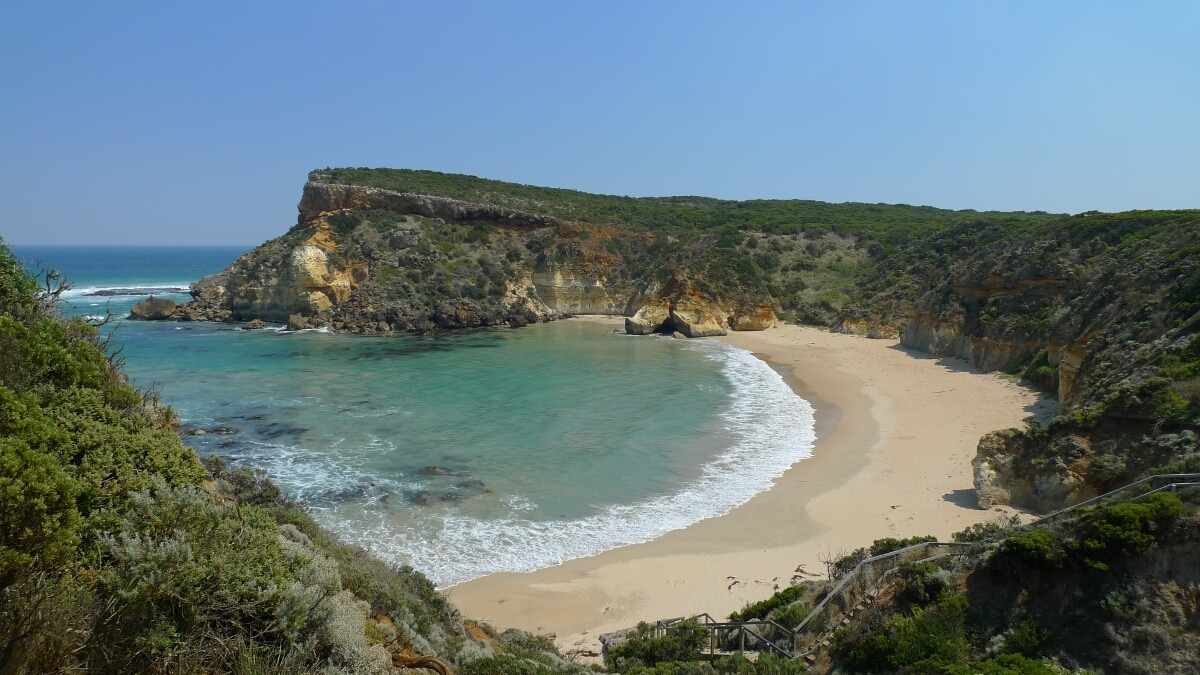 After watching the wildlife at the Tower Hill Reserve, we made our way further east to the beaches of Childers Cove. There are two beaches pretty close by and both are stunningly half moon shaped and swimming is thus a bit protected from the open sea. The place has the big advantage that it is a bit off the main track to Warrnambool, the Great Ocean Road, and the last few kilometers are on a gravel road. It is pretty popular with the locals, but you will not find the GOR tour buses here. Lucky for us, we were the only ones at the beach when we arrived so we took the only shady spot on the beach. 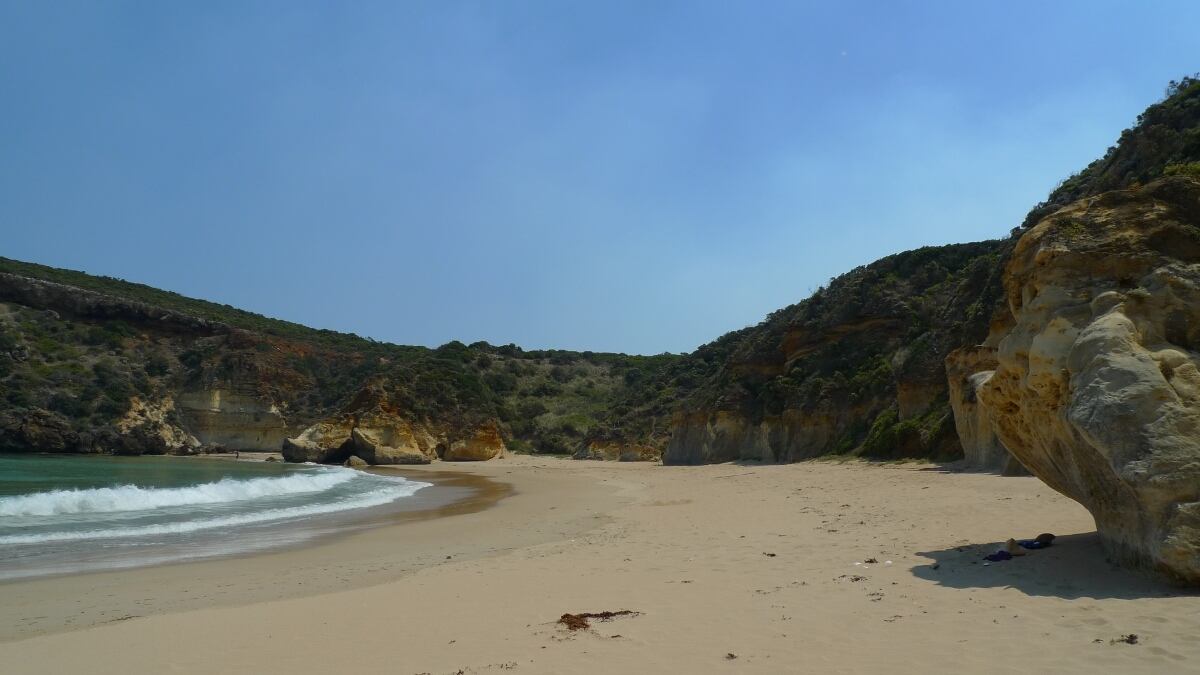 Later on the other beach we met a dairy farmer family who told us a bit about the raging bush fires close to the Grampians. Apparently, they were still spreading and even here on the coast, you could the the smokey mist on the horizon. We enjoyed the refreshing water a lot, even though it was still pretty cold. We also went up the little trail on the left side of the bay which brings you to a point with a great overview of the Cove. I was hoping to meet the echidna again that ran into us on the trail two years ago but no luck. 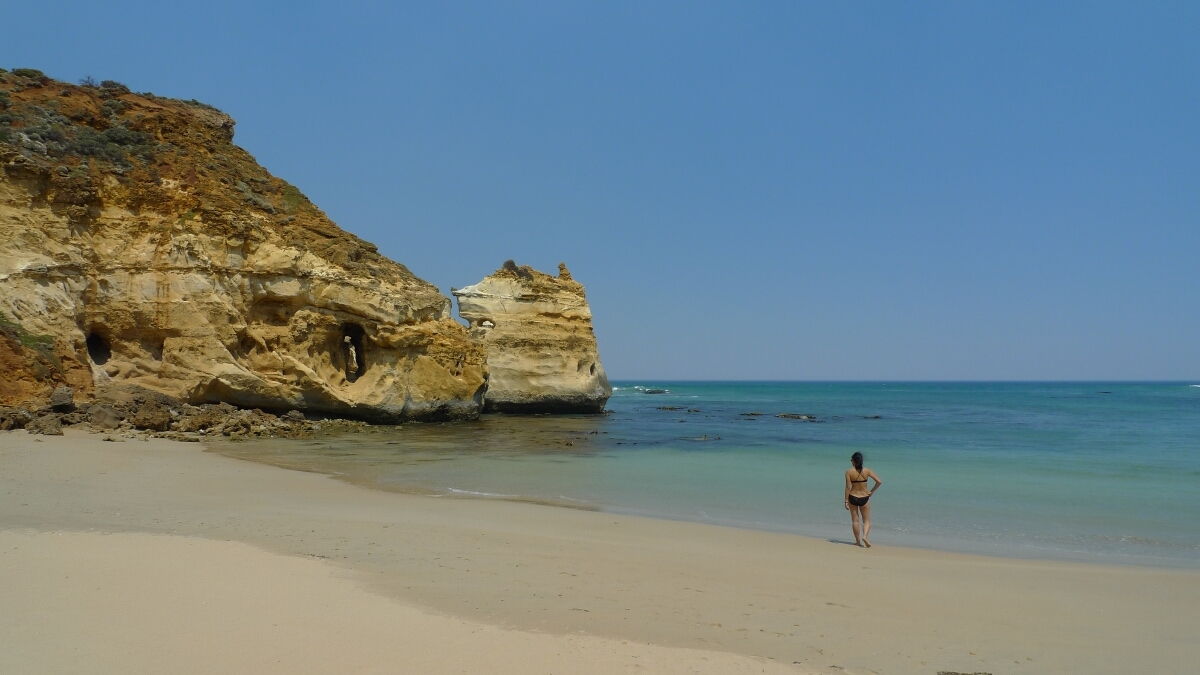