On the second day, we crossed the Grampians from East to West, stopping at the Reed Lookout, the Balconies, and the Mackenzie Falls along the road. The Reed Lookout offers great views both of the Northern and Southern Grampians. Since this summer was incredible hot and dry, we could see the smoke from remote bush fires from the lookout. Luckily, the Grampians were not too much affected by the fires but several campgrounds had been closed as a precaution. Also luckily, they were usually closed on the day we left them. From the Reed Lookout, its about a 10 minute walk to the Balconies, which is an overhanging rock pinnacle wide enough to walk on and it even comes with a natural roof! Since a similar rock formation came down a couple of years ago, you are not supposed to go all the way to the edge, but most people (including us) can’t resist the temptation. Here is a picture of the balconies 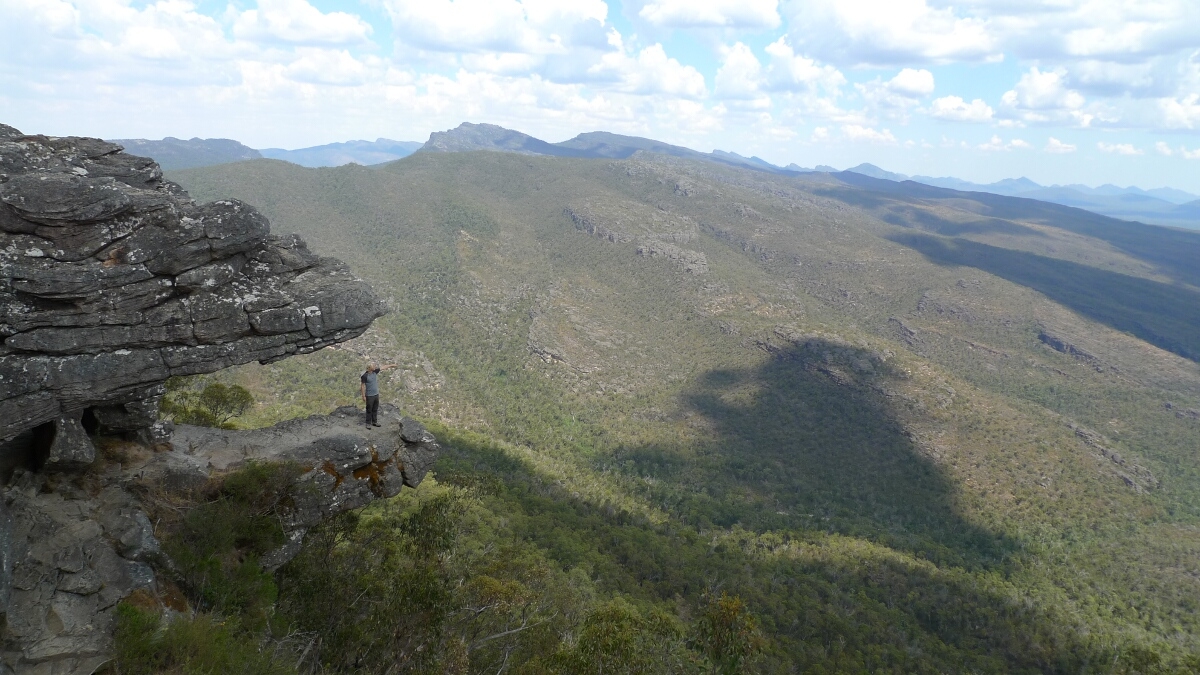 After the balconies, we started the steep descent towards the base of the Mackenzie Falls. The falls were very impressive despite the recent drought. The water comes down in three separate paths which are merging and going apart again on the way to the little lake. We spent about an hour in the shade, refreshing our feet in the creek that flows out of the waterfall lake. 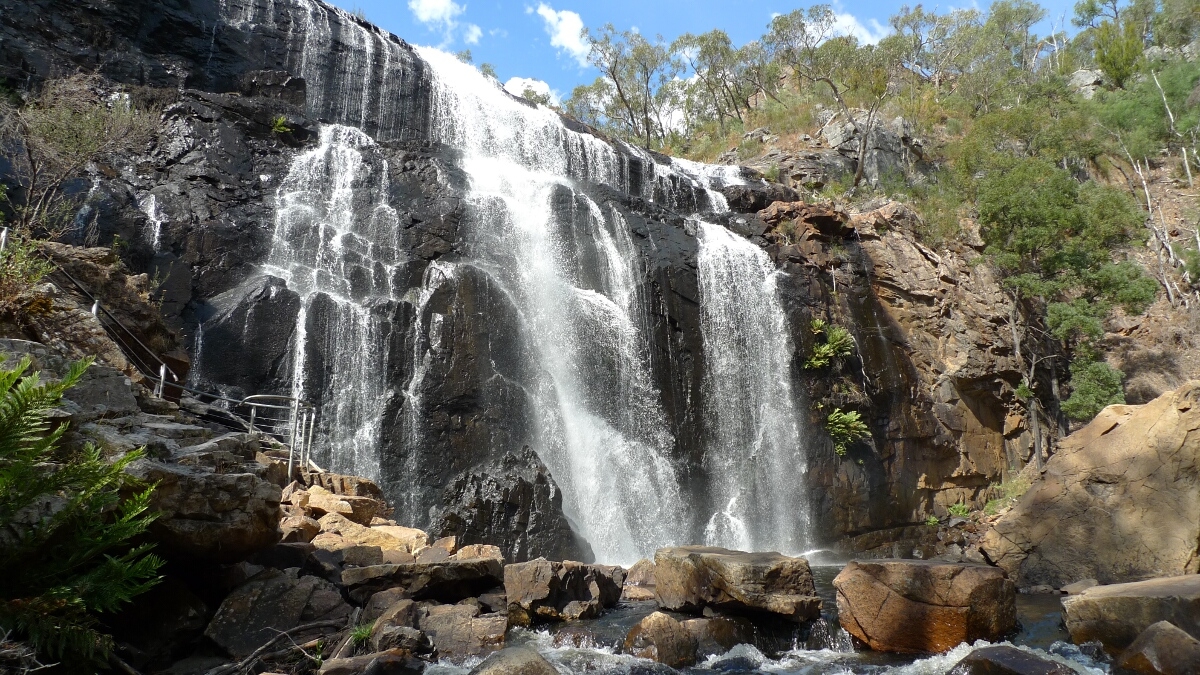