While cleaning up my office, i rediscovered our color LED bar that paints colorful images while you ride your bike. The Persistence of Vision (PoV) device is mounted into a bike wheel – it consists of 34 RGB-LEDs and an MSB-A2 wireless sensor node. The sensor node measures the bike speed and adjusts the LED switch time, so that the whole image is displayed in exactly one full rotation of the wheel. This way, the image appears to be in a fixed location for the observer (provided you ride fast enough). We built it initially for the long night of science, here are some pictures of the event with the device in action.

The sensor node is equipped with a Bluetooth module, so that you can send new images to the bike via your smart phone or laptop. A Python script converts any image into the 34×360 pixel matrix, since each LED can be set to a specific color for each degree of the wheel rotation. For the long night of science, people could also send text messages to the bike with about 25 characters. Big credit goes to my co-worker Achim Liers, who constructed the actual LED-board and taught me the basics of electronic circuits. 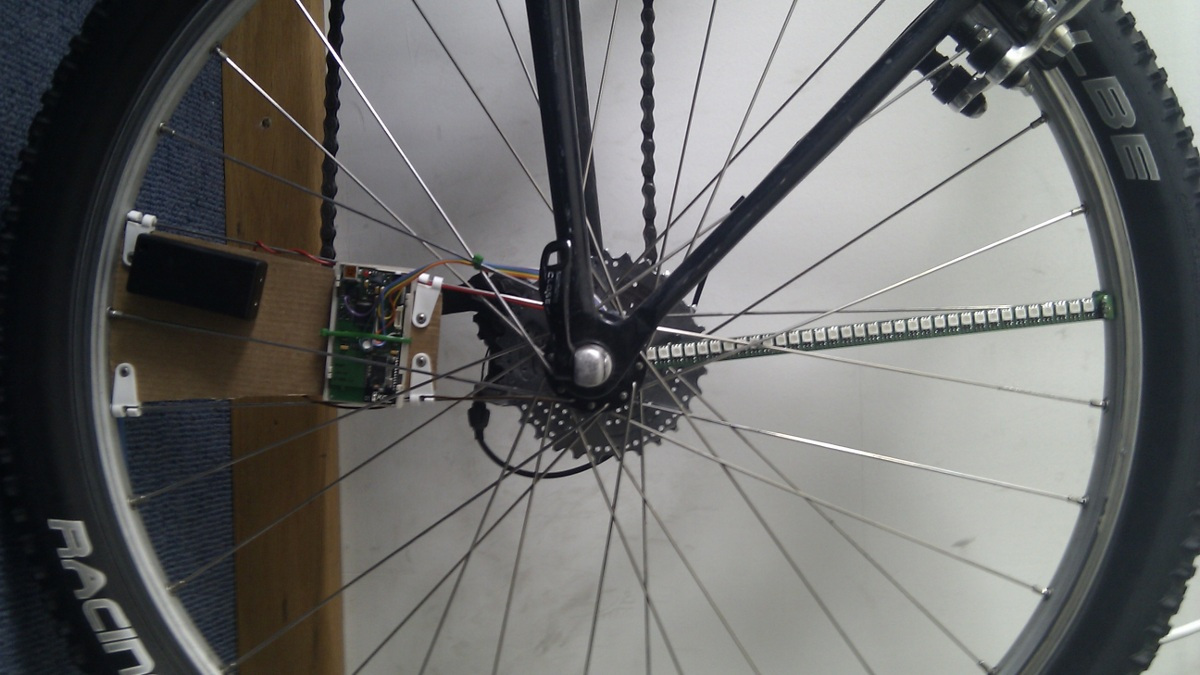