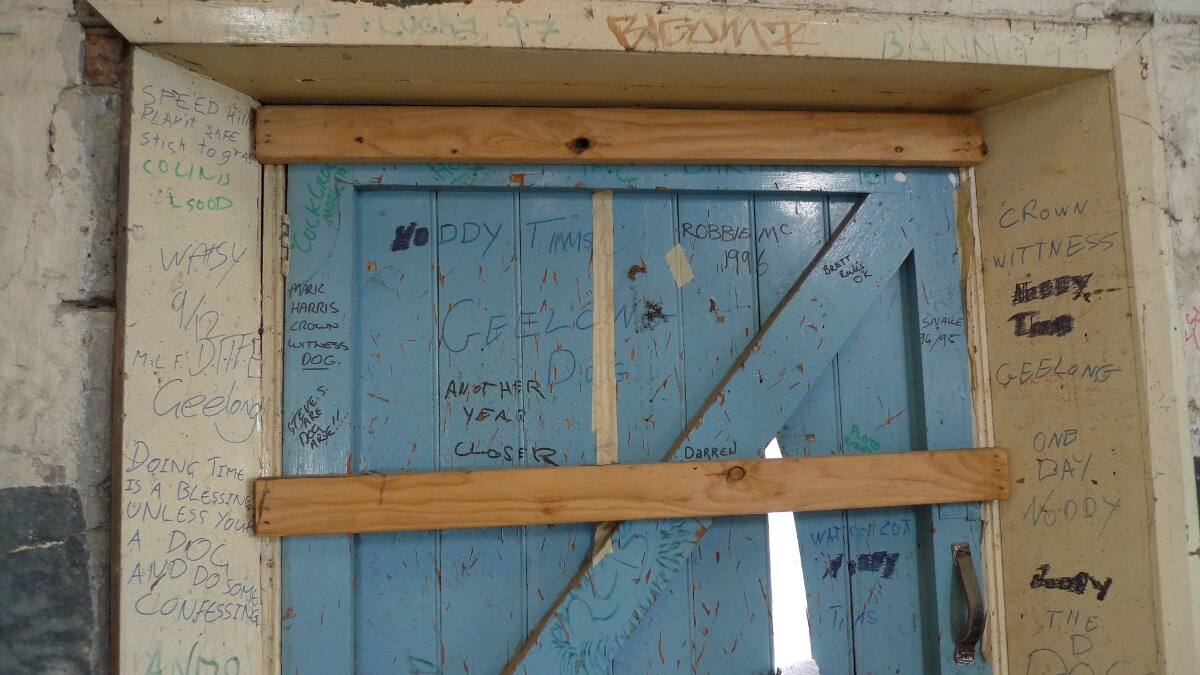 While big parts of the Pentridge Prison has been remodeled into fancy lofts, most of the remaining buildings have been well sealed off. However, there is one part that is currently transformed and somebody gave me the tip, that sneaking into the abandoned prison laundry is fairly easy at the moment. When I arrived with my push bike, somebody had already removed the construction fence so the entry was quite easy indeed. The laundry is set up in a small warehouse, the heavy washing machines have been left to rust. Quite amazingly, the walls still cover several graffiti of the inmates. The prison was built in 1850 and was finally closed down in 1997.

Next to some rubbish and construction gear, several cell doors have been disposed in the laundry. It is still impressive how heavy they are and how many gates, windows, and iron they have. There used to be public tours through the premises but they have been stopped with the remodeling project. That seems to be a pity, since many blocks are just sealed off. 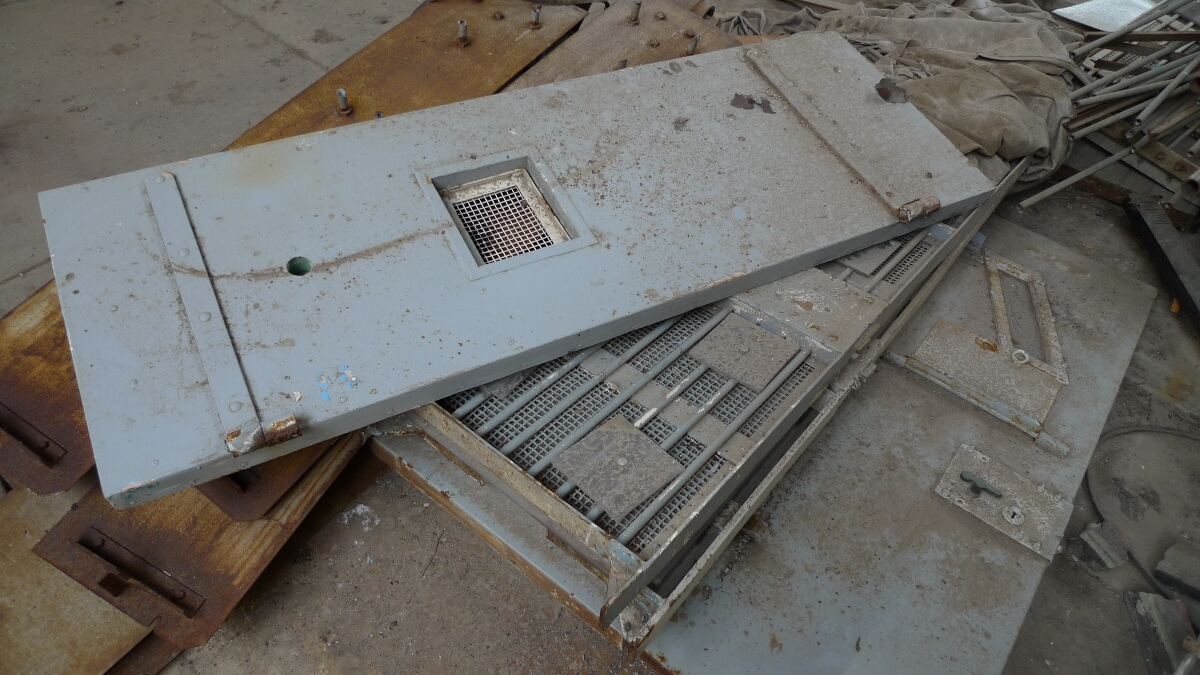