A trip to the Red Centre 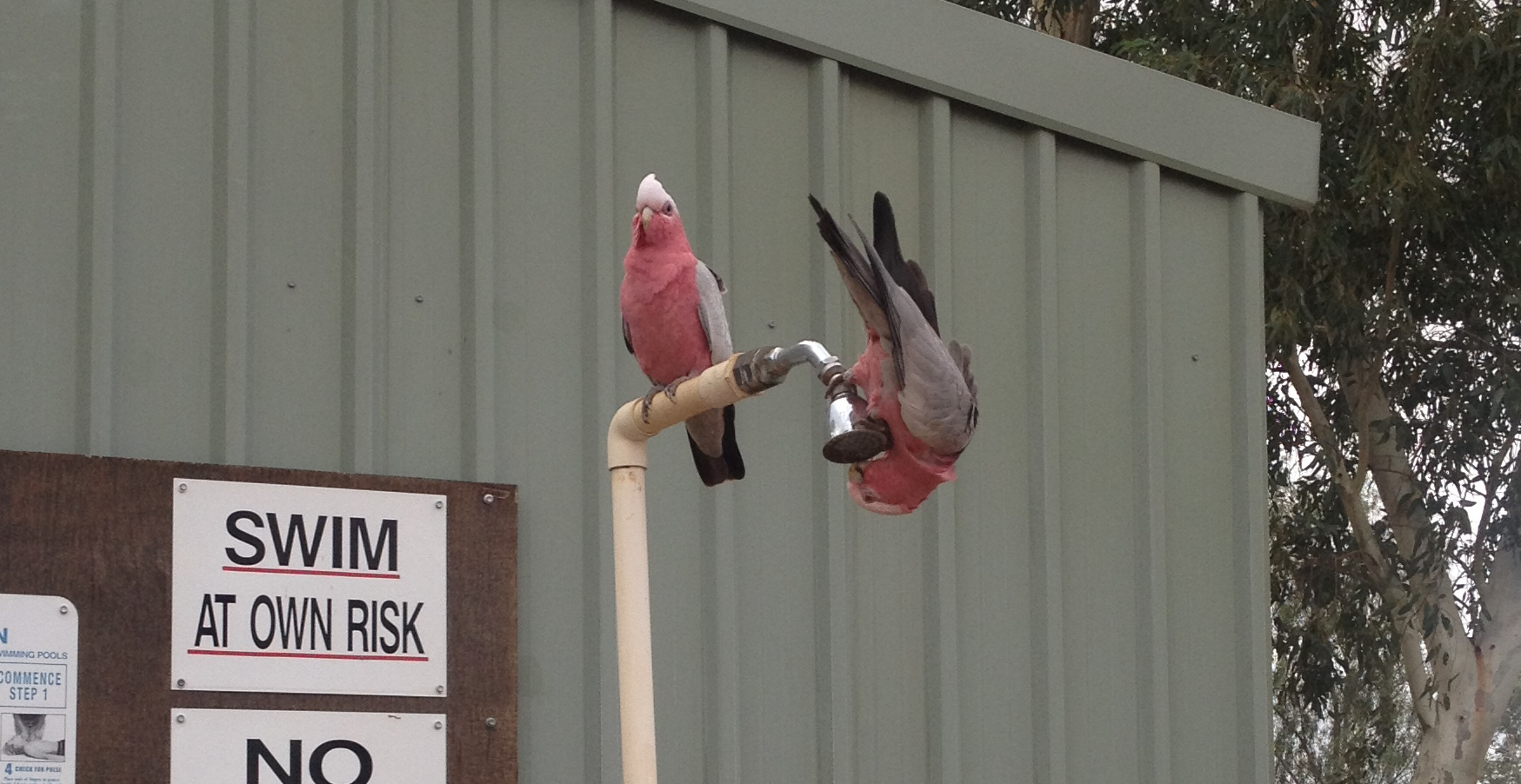 At the end of the six months in Victoria, we decided to go on a trip to the Outback right in the middle of summer. We had a great but very exhausting time with most days over 40°C. Our rental car with the AC quickly became one of our most favorite places during the day and there were a couple of things we learned right away. First, it is obviously incredible hot almost all the time. It is easy to drink a lot of water so stocking up right away after arrival was a very important thing to do. We usually drank 3 liters of water each per night in our tent without AC. 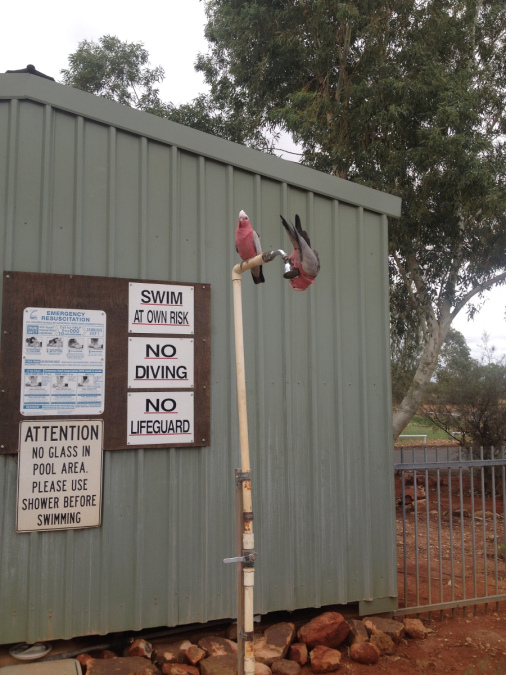 Second, when we left the well-trodden track from Alice Springs to Kings Canyon and Uluru, there were hardly any people around. This was partly because of the scorching temperatures, but also partly because of the annoying flies that find you everywhere in summer. Once we stepped out of the car, flies were trying to get a little bit of liquid from your eyes, nose, and mouth – so we bought fly nets on the first day. 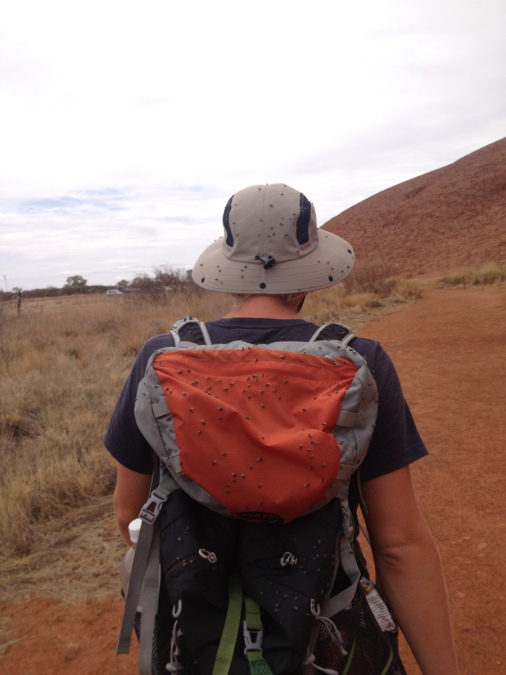 Second, camping can be very exhausting. We had most of the smaller campsites in the MacDonnell ranges to our selves. Our second favorite place next to the car became the bigger campsites with a pool to cool off. Even worse, the red earth is pretty good at saving the heat for the night. So our tent had a not so comfortable floor heating during the night. The trick was to park the car a bit earlier in the afternoon on the designated camp spot to get some shade and then repark and pitch the tent when the sun went down. 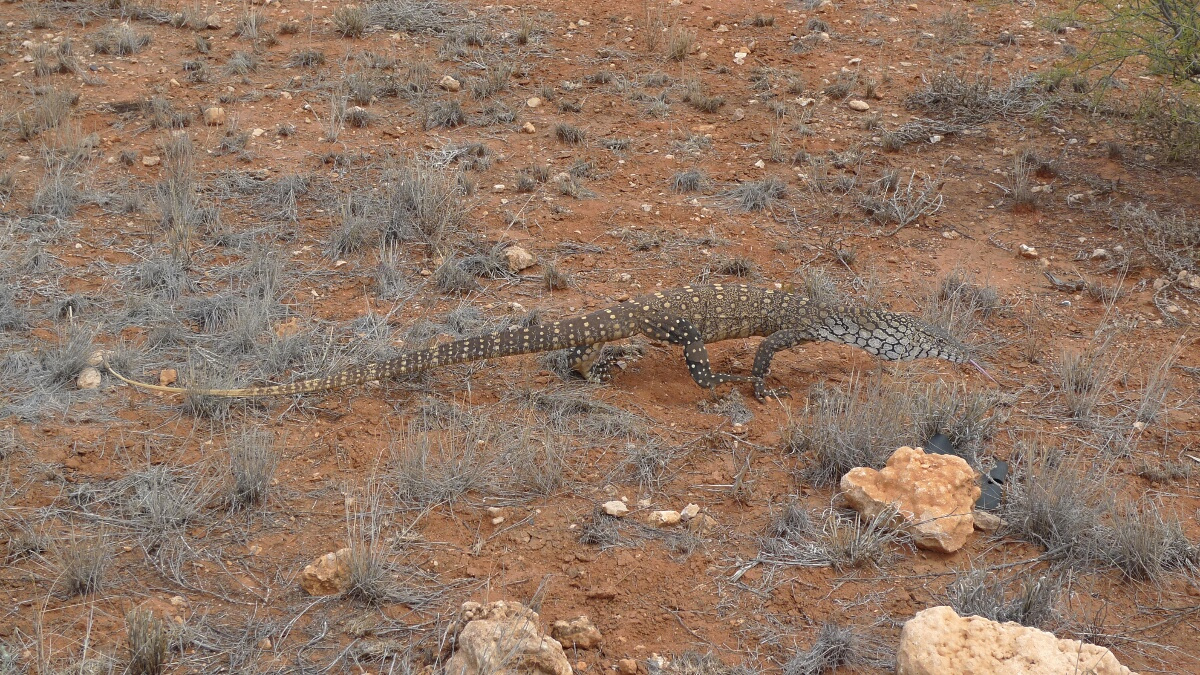 Overall we had a wonderful time. The sights and red rock canyons, lizards, perenties, waterholes, short hikes, and the frequent BBQs at night made this trip a very memorable one. Here are some pictures throughout the trip. Hopefully I will find the time to add more pictures of the great places we saw and experienced in the Red Centre.