On the day we left Wilson’s Prom, we took the 4km gravel road just before the park exit to the trailhead of Vereker Lookout and Millers Landing. The round-trip walk going to the lookout first and then down to the landing site is pretty short, it took about 90 minutes altogether and the only uphill section is on the first part towards the lookout. The views are nice all the way along to the lookout, especially since they alternate between the east and west coast. Verekerer Lookout eventually offers a great view of the Darby Swamp. 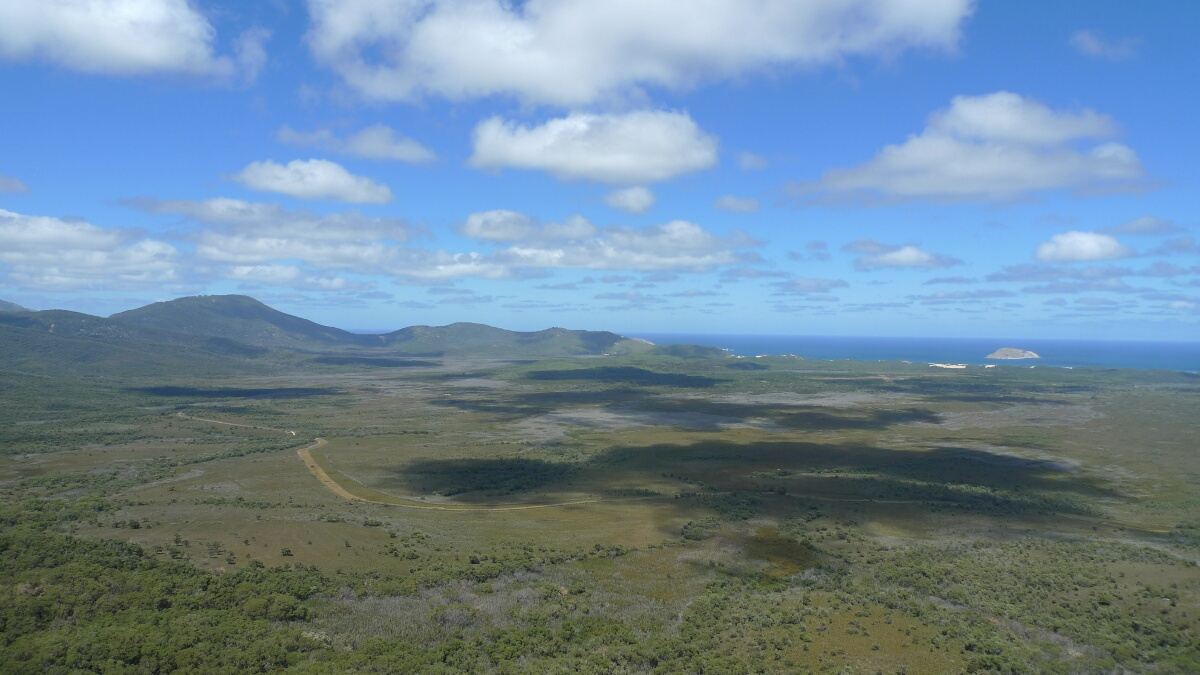 After the lookout, the path backtracks the last slope and then turns straight to the shore to the landing site. If you arrive during low tide it can be pretty muddy and stinky. However, this is also the best time to see the mangroves at this special place, since it features the southernmost stand of mangroves in the world!. Since there is not much else to see, I headed back to the car park pretty quickly. All in all, the hike was pretty nice but not as exciting as the other day hikes. It is a good option though if you are heading back to Melbourne early and have 2 spare hours. 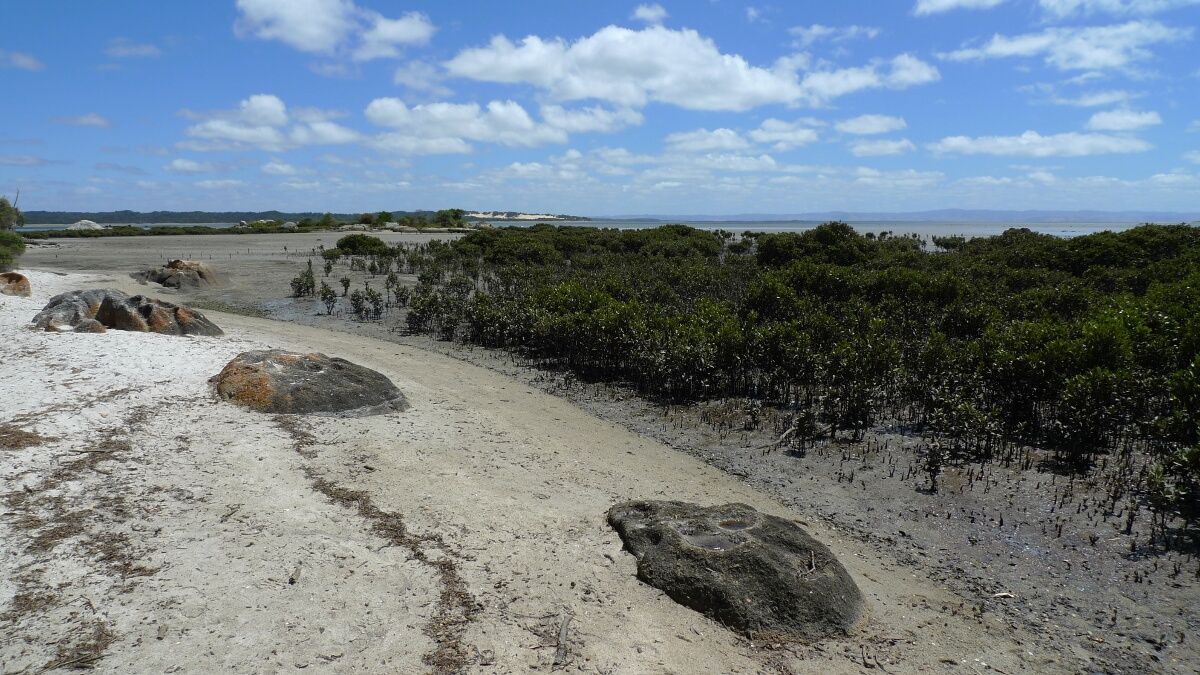