One night in Los Angeles 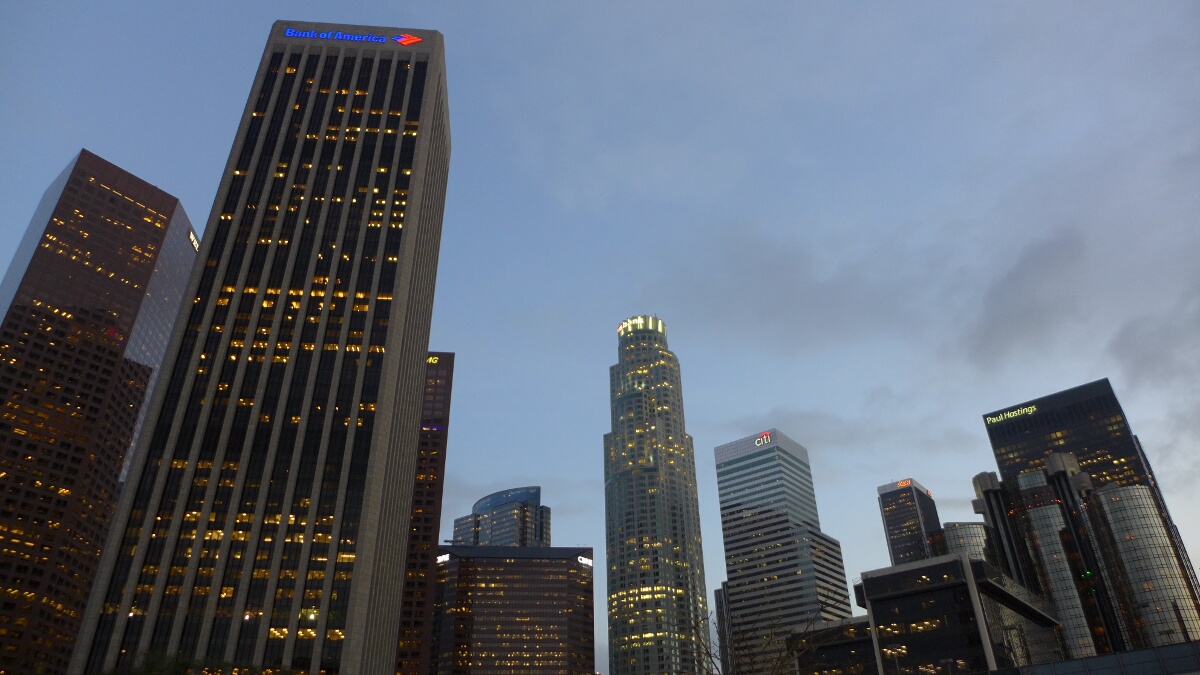 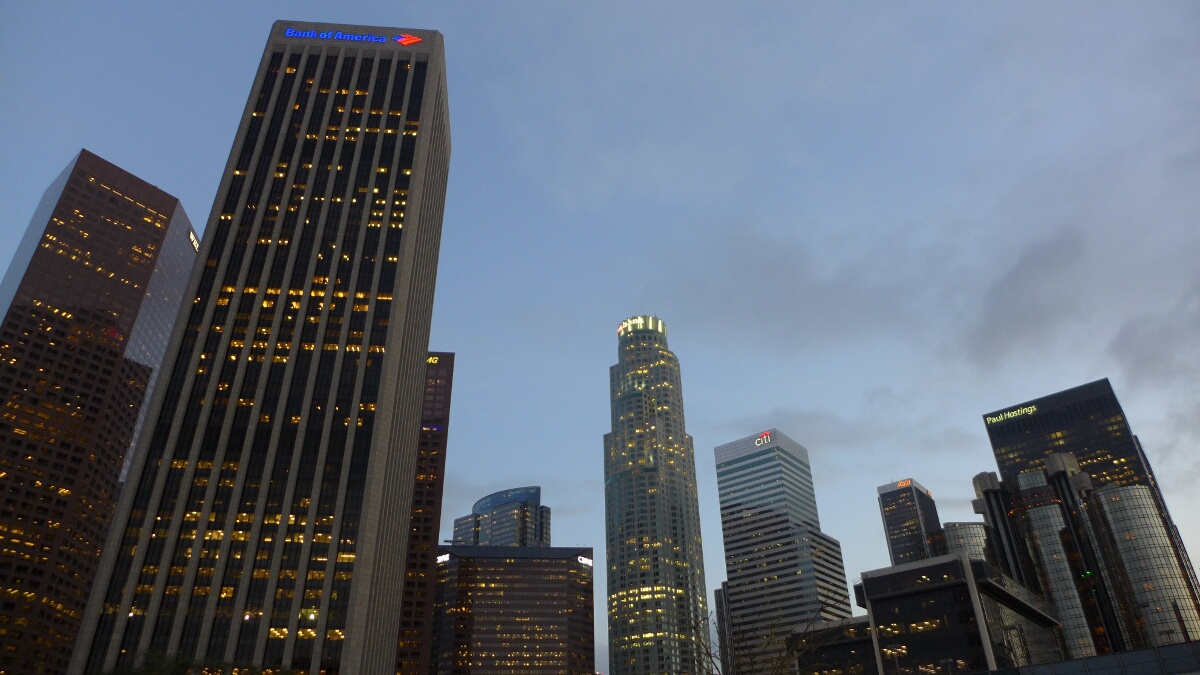 Between our meetings Lake Forest and the anticipated road trip to the desert, we had a single night planned to go into the city. Luckily friends were in town and we arranged to have dinner and some beers that night. We figured that traffic would not be that bad going into LA in the afternoon, expecting most traffic being outbound. But we were wrong. The extra hour planned in for taking pictures of the skyline in the sun set was reduced to less than 10 minutes. But we found a nice spot and were able to see the sun go down and the lights switched on. 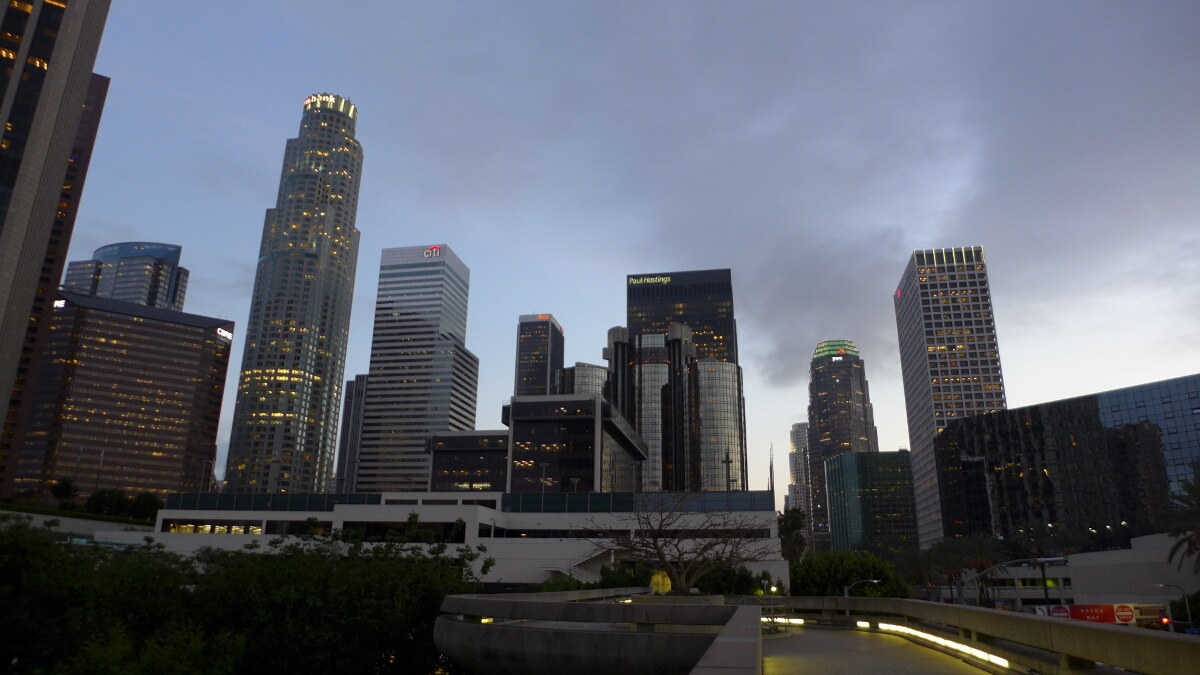 Afterwards, we went to the great SilverLake Ramen noodle house. The vegetarian bowl was huge and even better with the extra spicy paste. The grilled oyster mushrooms we had as appetizer were awesome as well.