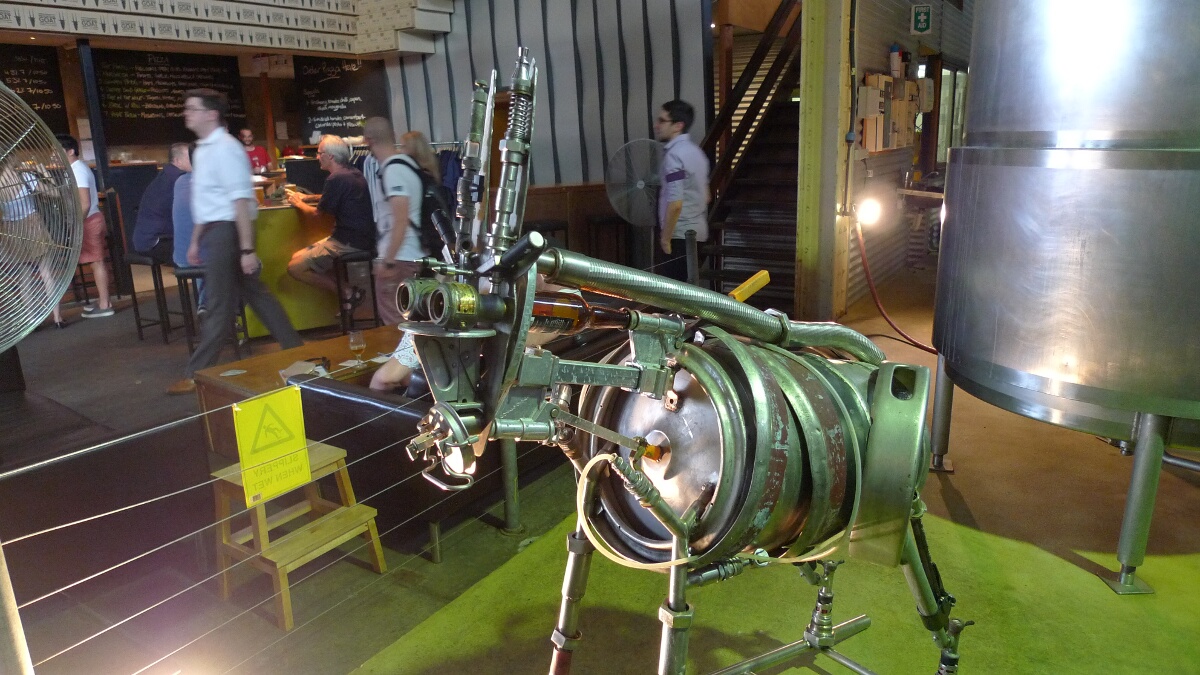 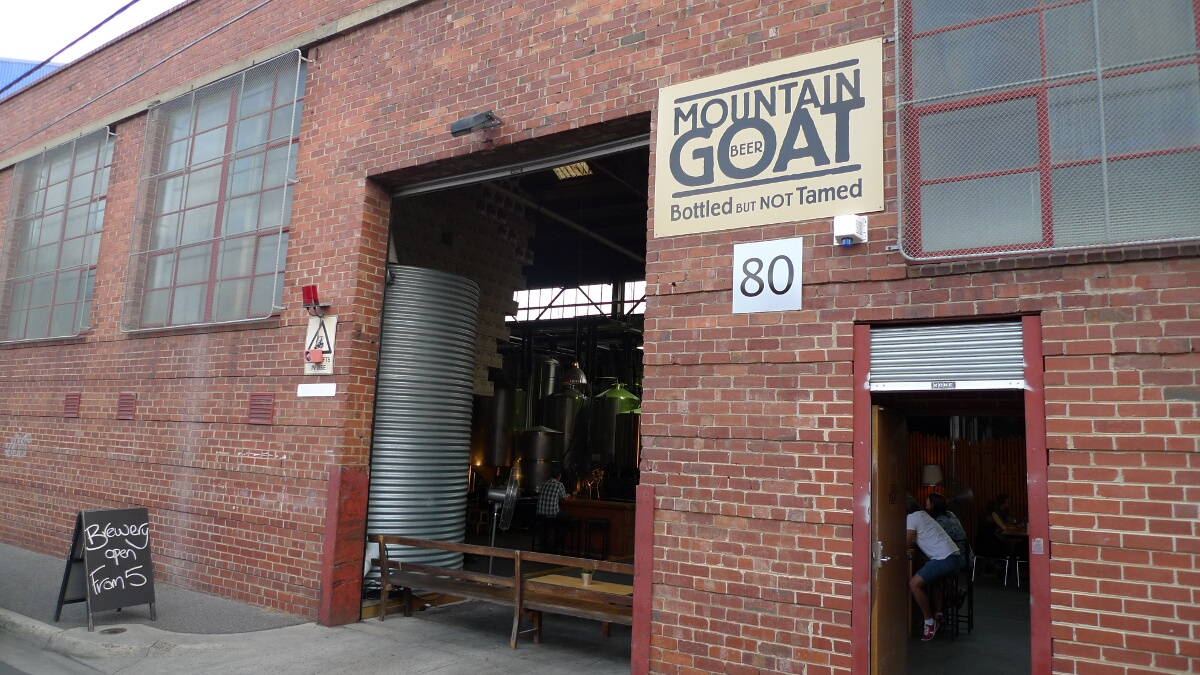 The Mountain Goat brewery is located in a factory district in east Richmond. Every Wednesday, they open their bar at 5pm and offer at least one free guided tour around the brewery at about 6:30pm. Taking this tour gave some great insights into the brewing scene of Melbourne. I grew very fond of the Australian beers (still remembering my first Little Creatures) and most likely the only good outcome of the high tax on alcohol is that brewing small batches of beer is a very common hobby. On my first visit to the Australia, I was amazed that you can buy everything you need to brew your own beer in almost every supermarket. On that trip, I immediately ordered my first equipment and ingredients to Berlin to start brewing. While German beer is great, it lacks experimentation. There are hardly any microbreweries, only recently with the hype of organic food new beers started to hit the market. For somebody who grew fond of the hoppy (Indian) Pale Ales, the available selection can seem a bit bland.

But back to the tour! I arrived just in time to sign up for the tour and order a small IPA from the bar. The tour was lots of fun, especially since it was not so much the typical brewery tour. Instead of explaining the process of beer brewing in detail, the tour guide just summed up the big picture and talked about the history of beer in general and the history of the Mountain Goat brewery in particular. It was interesting to learn, that there are only four brewing tanks at Mountain Goat. They hold up to 2700L and are filled twice daily. There are many more fermenters behind the tank since the fermentation takes much longer. Here is a picture of the tanks. 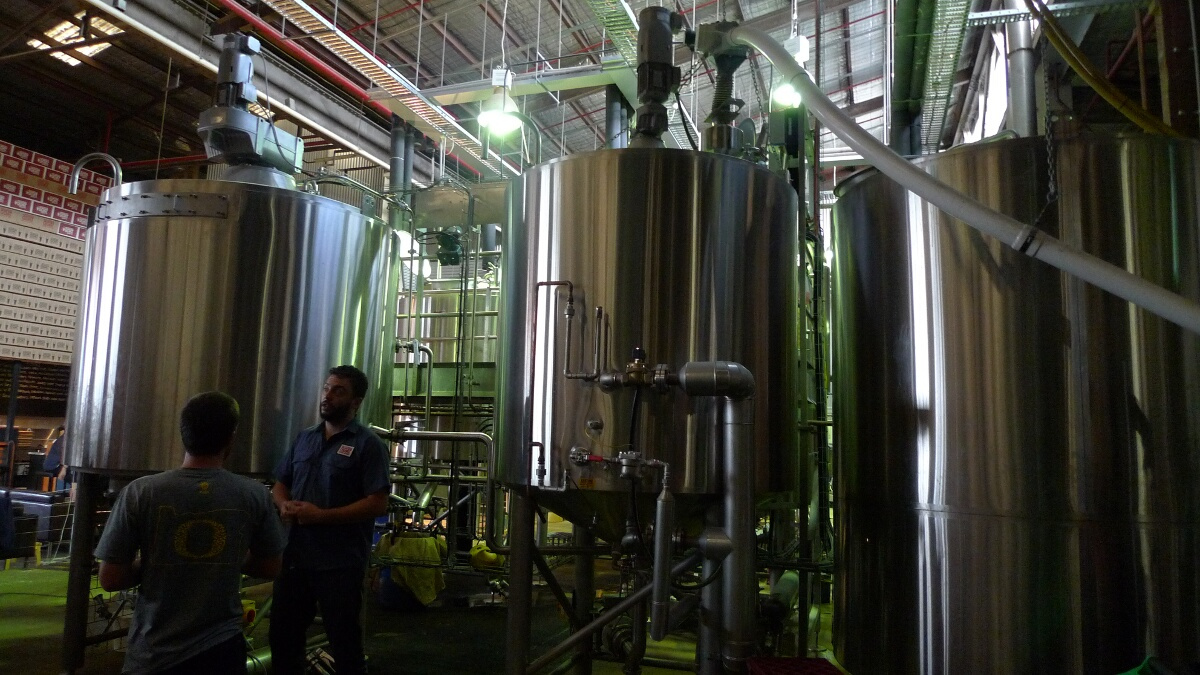 As the tour guide stated, the brewing scene in Melbourne is one of the most hospitable ones in the world. After the tour, I stayed at the bar for a little while trying the different kinds of beer. The Hightail Ale and the already mentioned Indian Pale Ale were incredibly delicious. As on my previous trip, I go back to Berlin with lots of motivation to start a couple of new brews! 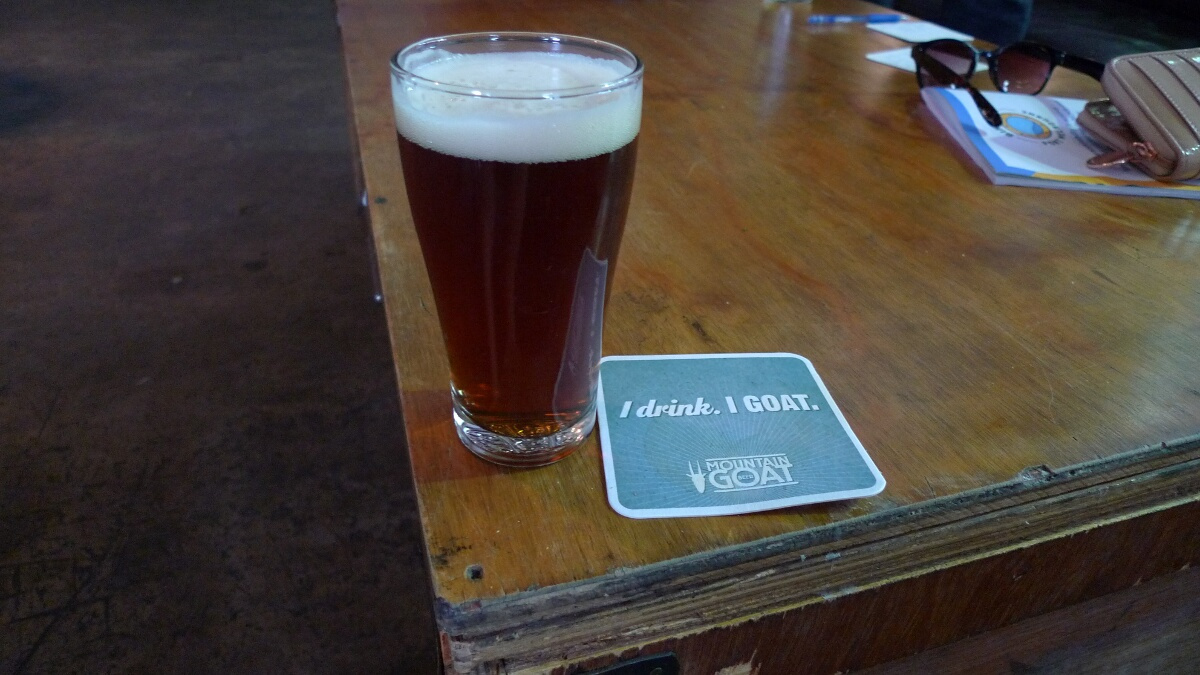