I have never been a great tennis fan, but with the Australian Open in the city, it was time to see some games live. Luckily, a friend and former childhood tennis player from Sydney visited at the time of the qualification matches, so we were ready to go to the courts, see the tiny yellow balls hit around, and get quite a bit sun-burnt. 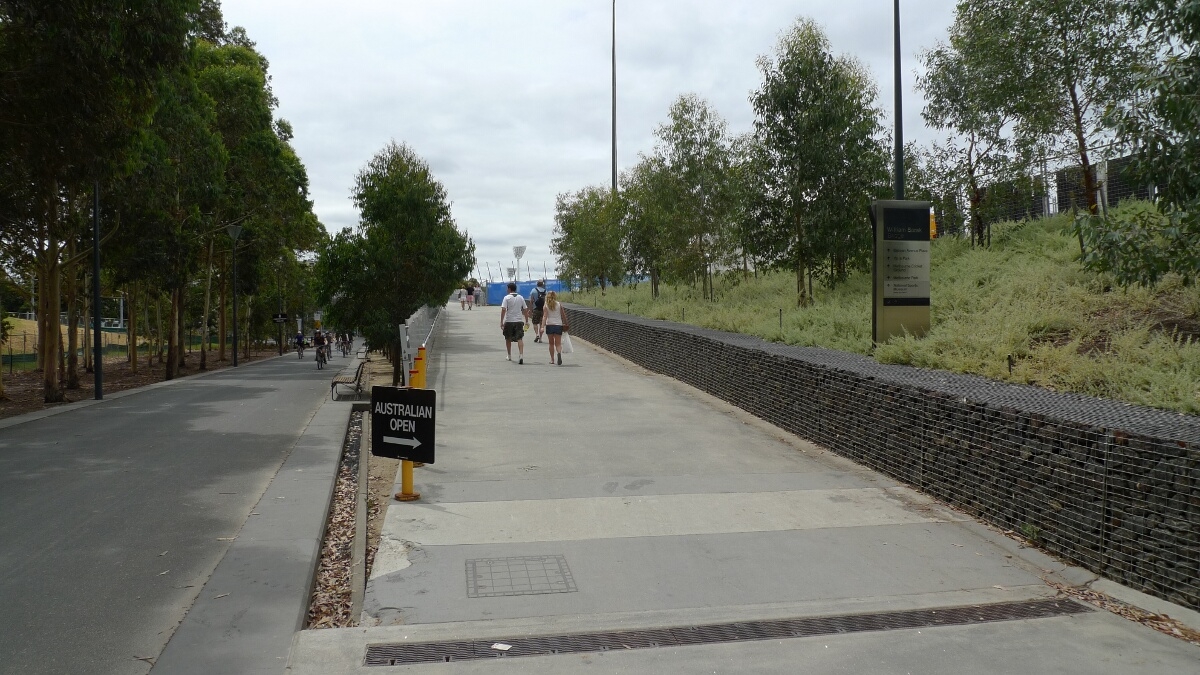 It turned out that we picked the Kid’s Tennis Day and we came right in time to see Team Spongebob play Team Explorer Dora in the Rod Laver Arena. It was a lot of fun to see a couple of players that even I could recognize – among the players were Roger Federer, Serena Willians, Novak Djokovic, Ana Ivanovic, and Jo Tsonga. 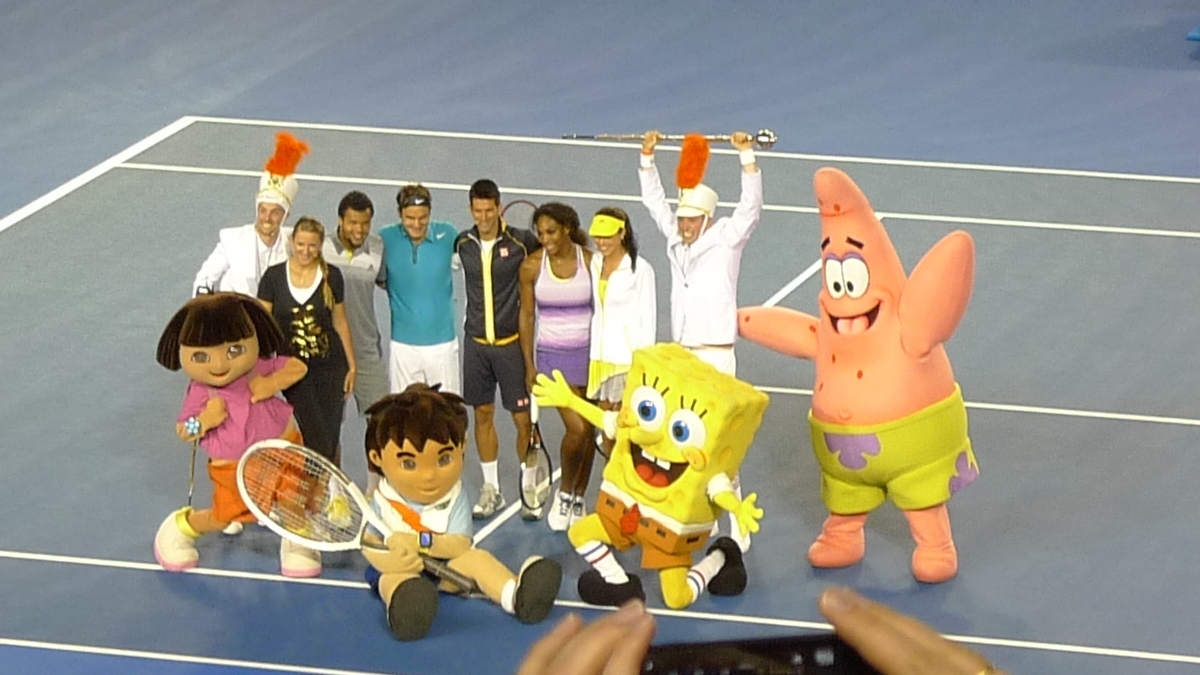 After the match we went to 20 courts next to the arena watching several of the qualification matches. And it was so much fun! For my unspoiled eye, the tennis of all games we watched was amazing. The balls flew incredible fast and many times just hit the line to score a point. My favorite game was the battle between Yi-Miao Zhou and Daria Gavrilova. They played three thrilling sets, with Daria Gavrilova eventually winning the game securing the ticket to play the first round in the tournament. Here is a picture of Daria Gavrilova putting all her energy into serving. 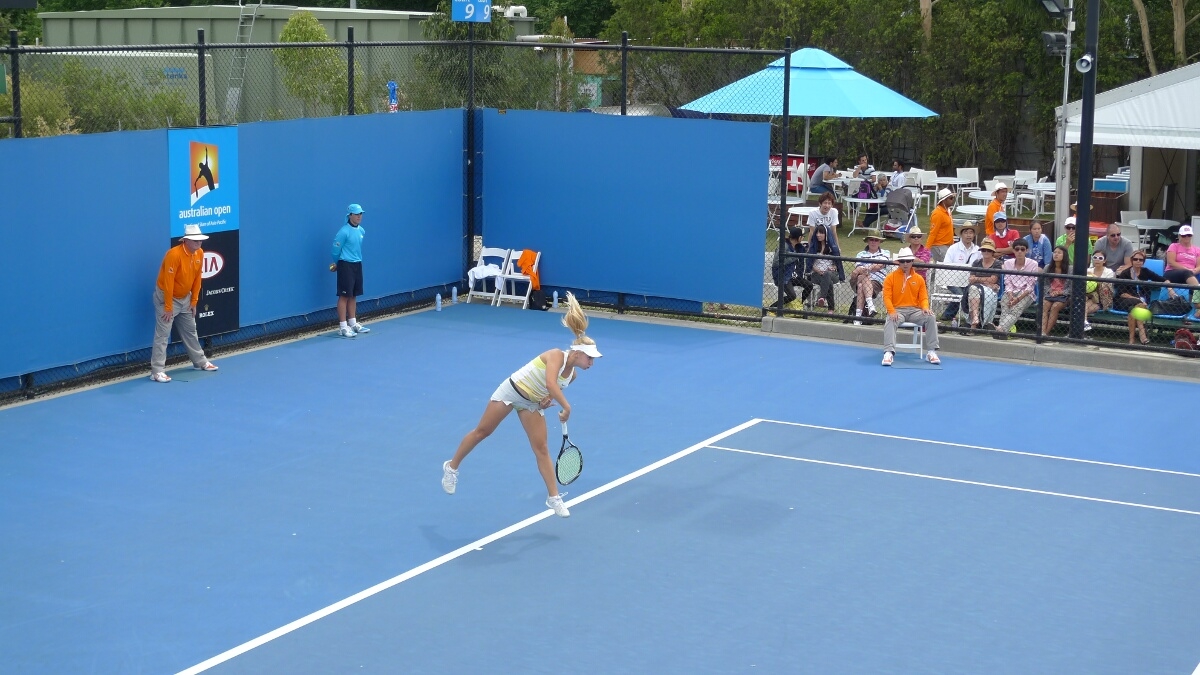 In the first game we watched, Dudi Sela beat Michael Berrer. It was a fun match here is one of their rallies.