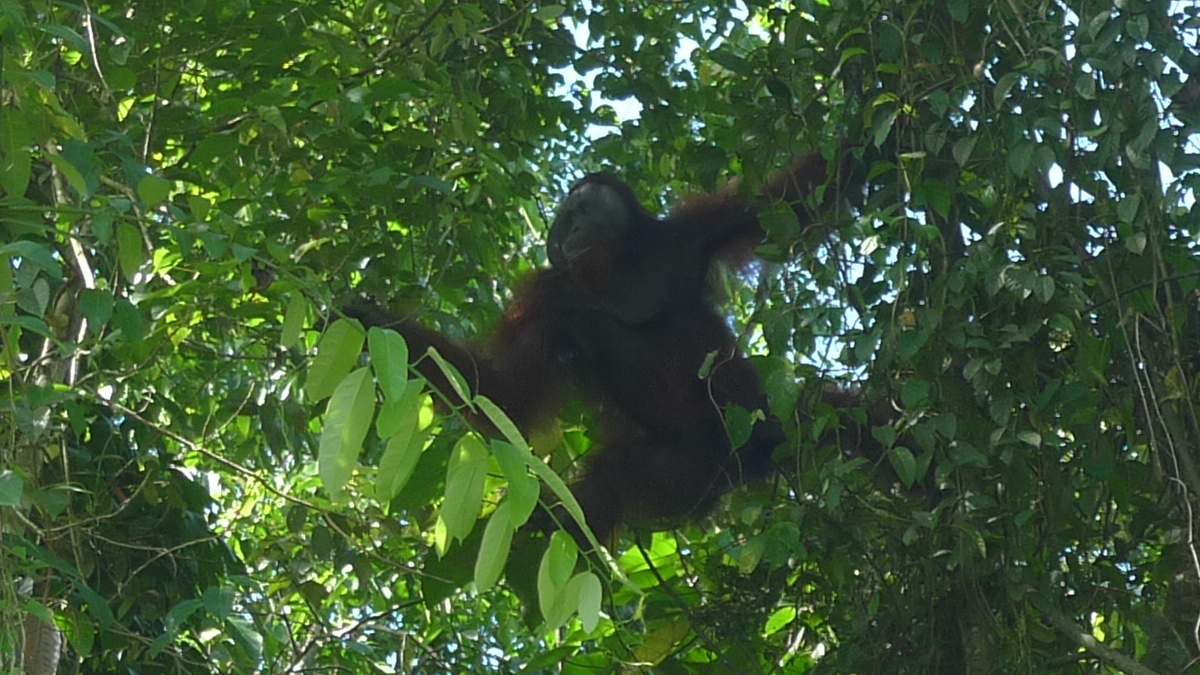 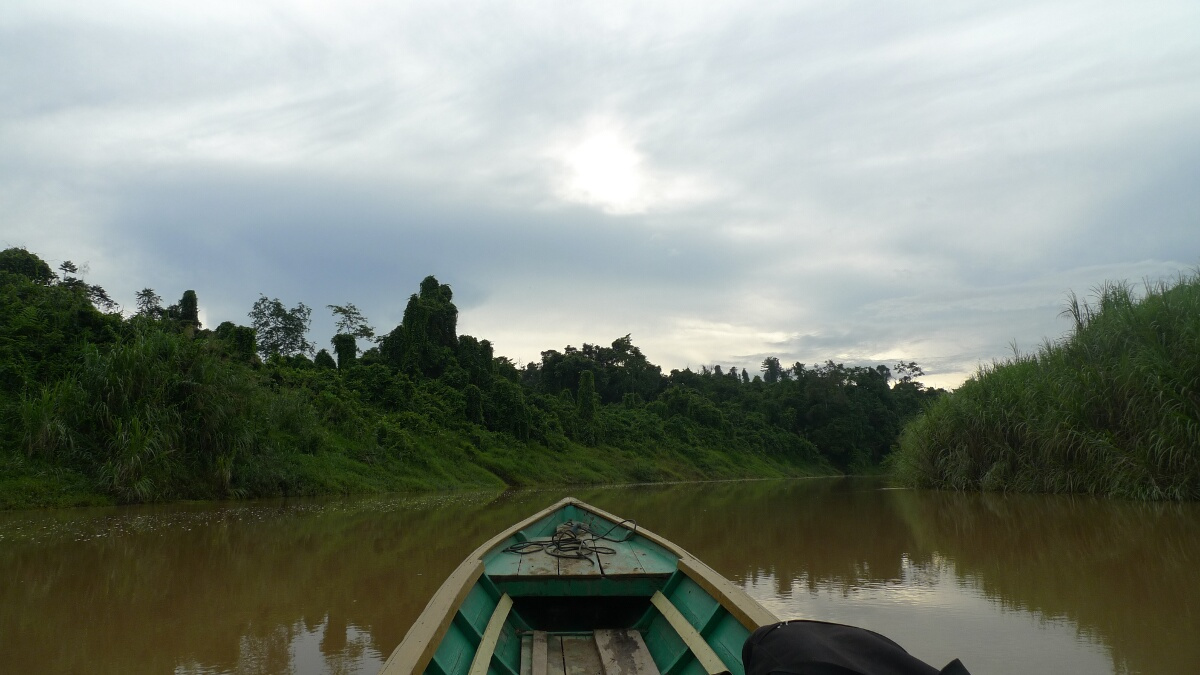 The first item on our travel agenda for Kalimantan was the Kutai NP, a 2,000 km² protected rainforest with an estimated orang utan population of 600. Only a tiny fraction of the park is open to visitors, allowing them to stay at one of the 2 rooms at the ranger station which is reachable with a 20 minute boat ride from the outskirts of Sangatta. The best way to go is to call the senior ranger Mr. Supiani beforehand, asking him about the conditions. The accommodation is nice, visitors are asked to bring their own food and water for the stay (even though some people mentioned that sometimes the rangers offer to cook for you). 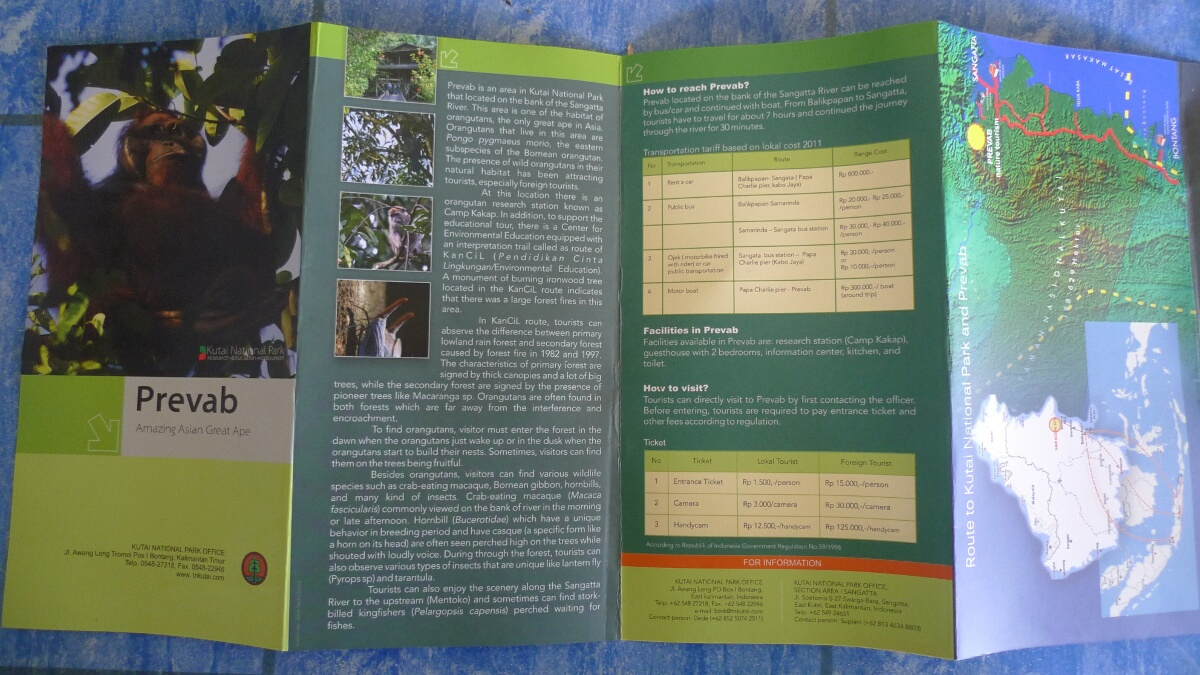 After arriving on the green wooden motorboat, we met ranger Udin and his family, a wonderful company for the next couple of days. We also found out quickly that about 15 forest ranger recruits have been stationed here for their last day of training. They welcomed us with tea and fried bananas with chilis, yum! The program for the next couple of days was getting up early for a 3 hour hike trying to spot orang utans. Then another hike in the afternoon and one day, we did a night hike to spot insects, birds, and tarantulas. 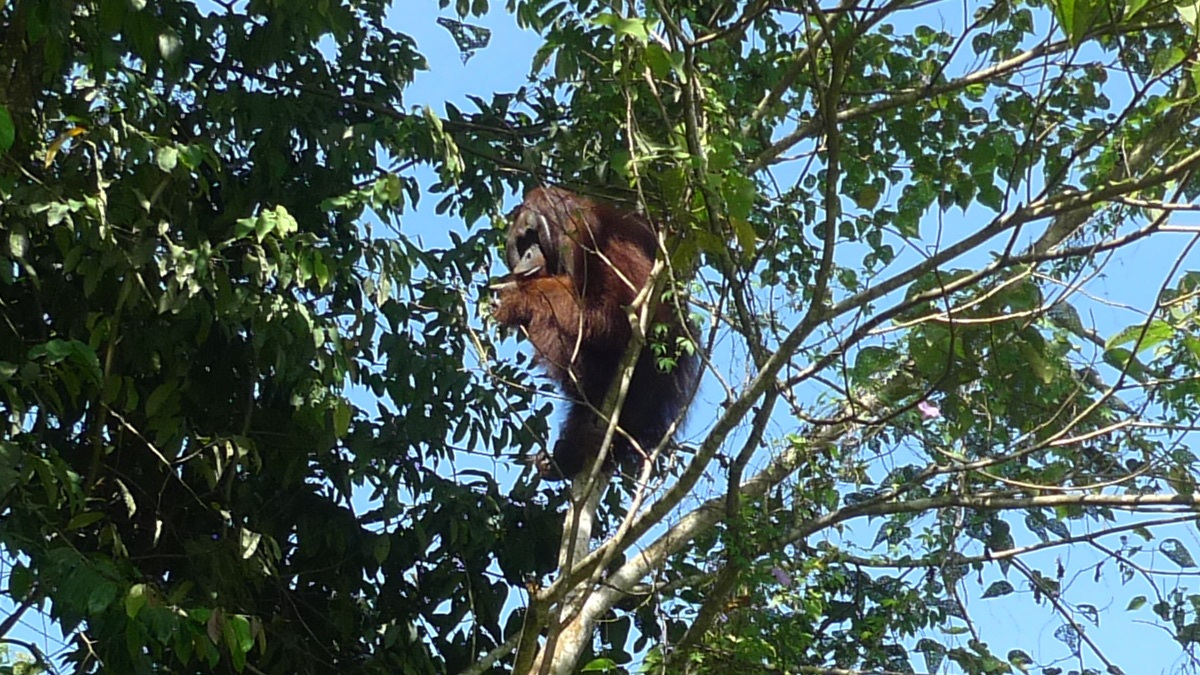 On the first hike, we did not see any orang utans but the rainforest offered wonderful views and an occasional bunch of makak monkeys. Udin told us, that we would be very lucky to see orang utans since they freely roam the park and happen to be in the area only if the right fruit is in season. For the last ten days, there had been no sightings at all. Even bigger was our excitement when Udin went to find us after lunch to announce that he has just spotted a group of orang utans not far from the station. We packed our things, forgot the anti-mosquito balm, and followed him. It did not take long and we heard the noises in the trees above us. After a couple of minutes, we saw two Orang Utan mothers with their little ones, and another young one, approximately 7 years old. They moved around from tree to tree, eating fruit, following each other, and just hanging out in the treetops. It was a wonderful experience to see them up so close. Especially, in the moments when they noticed us and tried to get a good look of us. 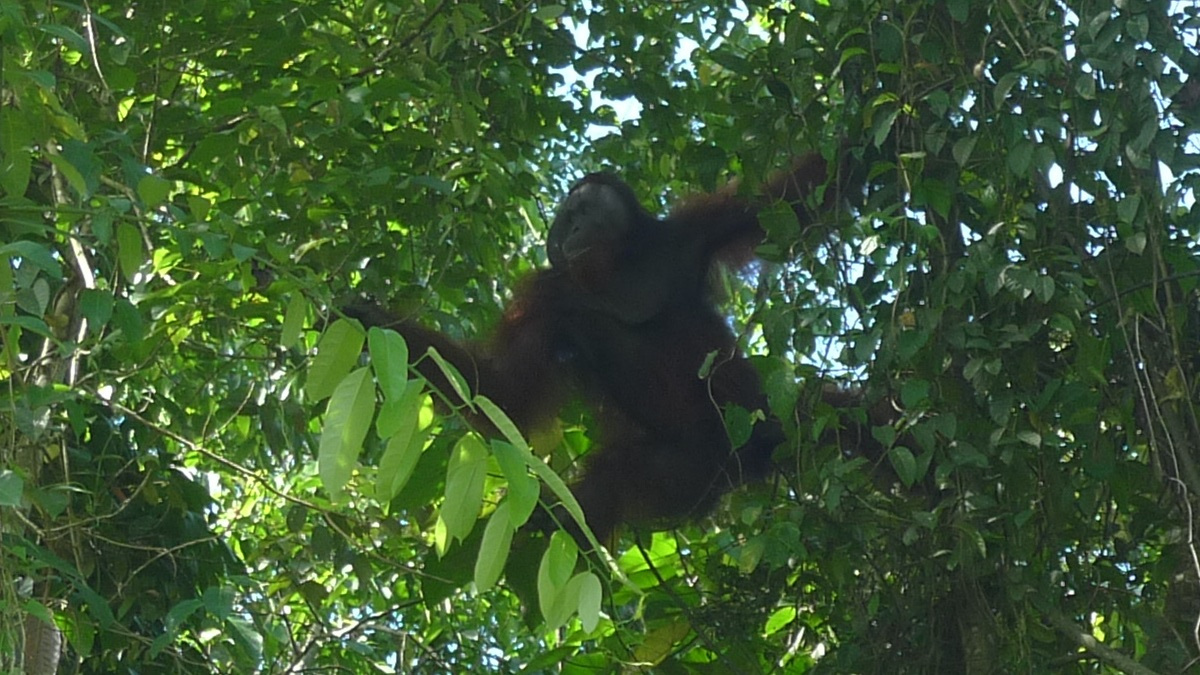 After this great start, we happened to see orang utans on every following hike. We saw a solitary male building his nest for the night (they build a new one every single night) when we went back to the station and visited him early next morning to see him wake up. Luckily, he decided to wander to the tree just opposite of the ranger hut. Thus, we had tea with the orang utan having lunch just 30 meters next to us.

All in all, we have been very lucky to see so many orang utans. Besides the walks, we had a wonderful time with Udin and his family. Udin told us about the latest developments of the park and how to make great sambol of the ubiquitous red chili peppers (cabe).

This time, I also made a short video on one of the hikes. Here is roughly a minute of orang utans moving around in the treetops.