On the first weekend in Melbourne, I took the train and bus to Apollo Bay (3.5h) to do the first half of the Great Ocean Walk to Castle Cove. Since finding a room was so much easier than expected and work had not really started yet, I spontaneously decided to do this trip. I even got a registration for the first night to camp at Elliot Ridge just one day in advance, despite the long Melbourne’s Cup weekend (Tuesday off) and the advice to book those hike-in campsites at least two weeks earlier. 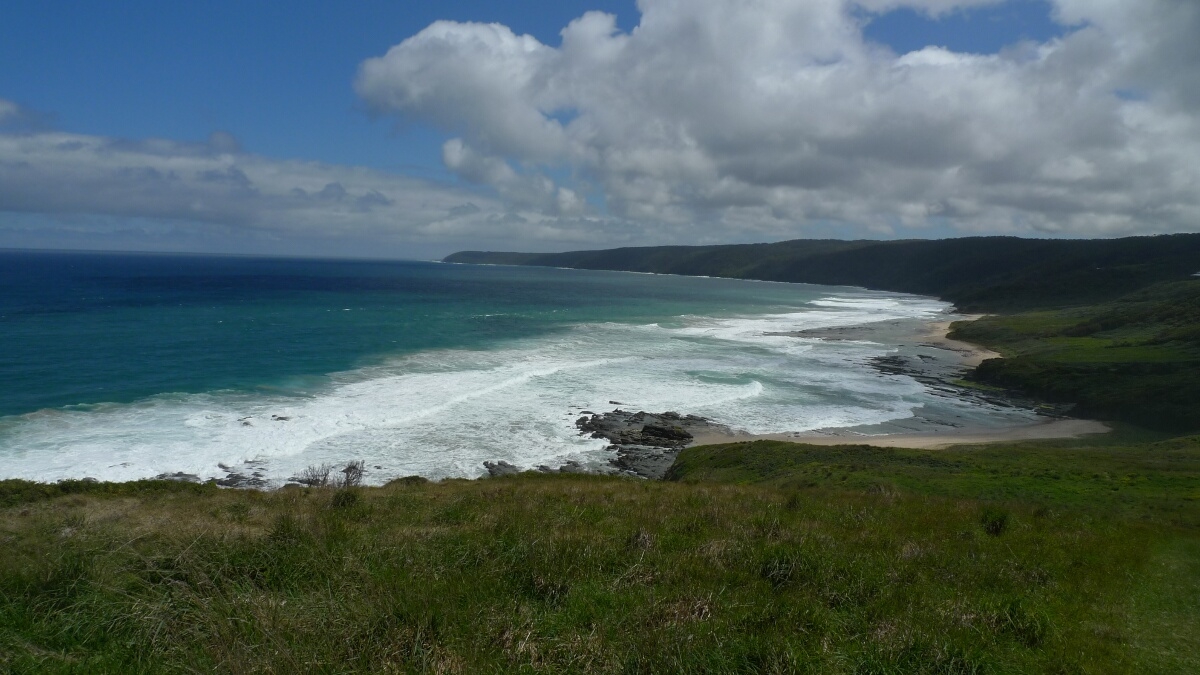 I arrived in Apollo Bay at the starting point of the trail around noon. I am pretty sure the most boring part of the hike are the first 5 km, since the trail goes along the main road to the little town of Marengo. In Marengo, the real hiking trail starts just behind a caravan park very close to the coastline. It took about 3 hours to reach the campsite at Elliot Ridge. Just before the camp site the trail turns inland and gains some elevation through a thick eucalyptus forest. The camp site is in the middle of the forest, where you can spot (and even better hear) several koalas up in the tree tops. There was just another group of five that night on the campground and we were super lucky that a koala decided to switch trees during dinner time. The koala seemed as surprised to see us as we were, so there was time to take some close pictures. Throughout the night, the koala kept gnarling and kept my co-hikers up. I didn’t here a thing. 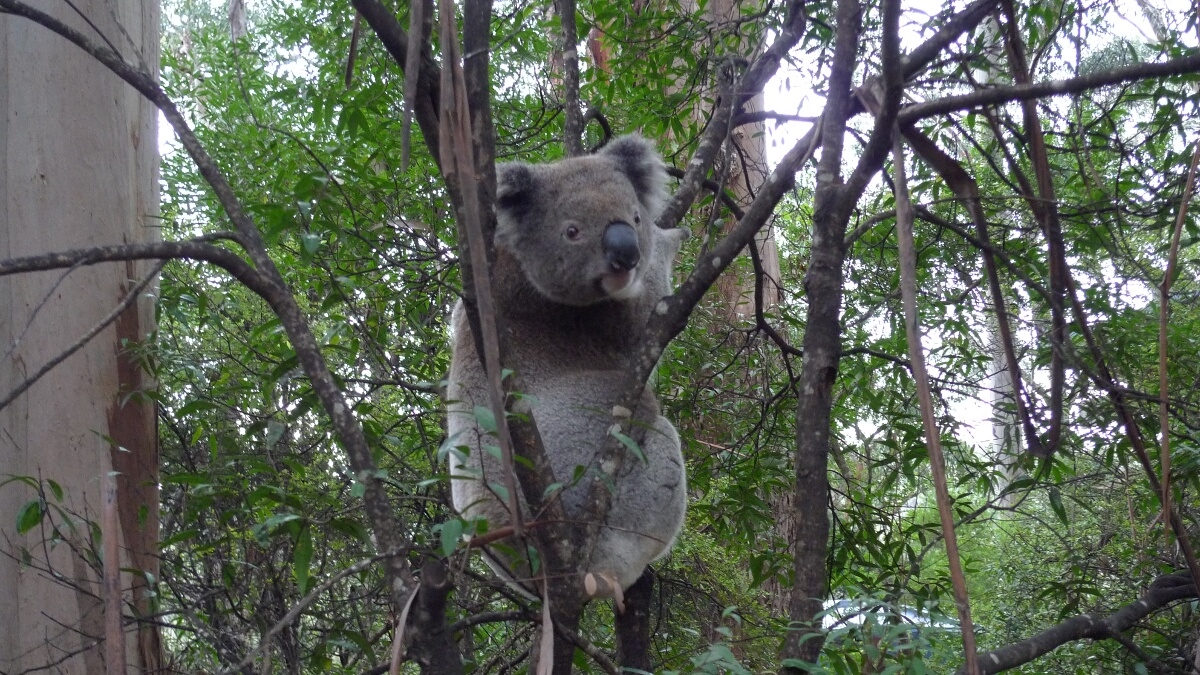 The second day started with about 3h hiking on muddy trails through the forest. The trail eventually leads to the coast again at Blanket Bay, which has a long white sand beach and a busy campground. Just another hour later the trail reaches Parker Hill and descends into a beautiful bay with a little creek. From the bottom of the bay, it takes about a hundred steps up to the campground. I put my tent up at around 3pm and after a tea break, followed the trail a bit to spot animals. Without my backpack i managed to be more quiet and observed an echidna digging for ants and bugs on the trail. 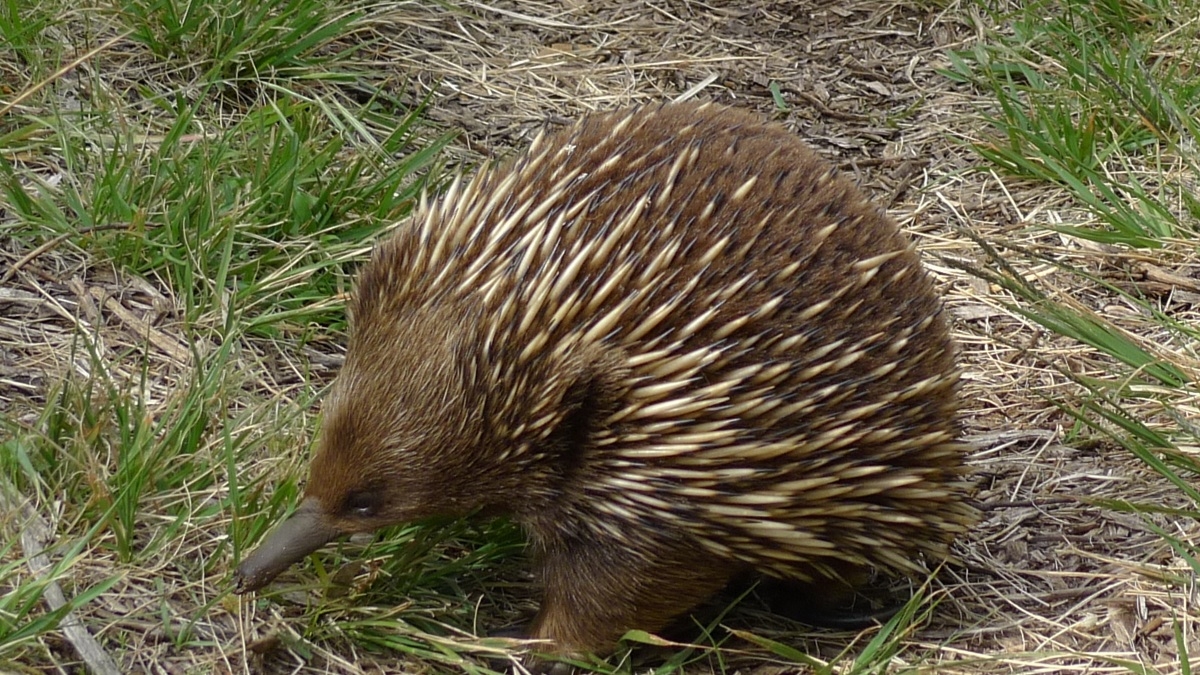 On the third day, the trail passed Cape Otway with its lighthouse. The lighthouse has been privatized several years ago and charges quite a lot for a visit (18$). So I went with the lighthouse view point on the trail, right next to the old cemetery of the lighthouse. After Cape Otway, the trail goes along the coast towards Aire River. The path becomes a lot more sandy and thus harder to hike. With low tide coming, I walked on part on the beach but that was even more strenuous. Finally, the path opens up a magnificent view on the mouth of the Aire River. From this point, the trail follows inland to the campsites right next to the river. The afternoon was almost cloudless and I was happy to put my tent up already at 1pm and enjoyed several tea breaks in the shade. 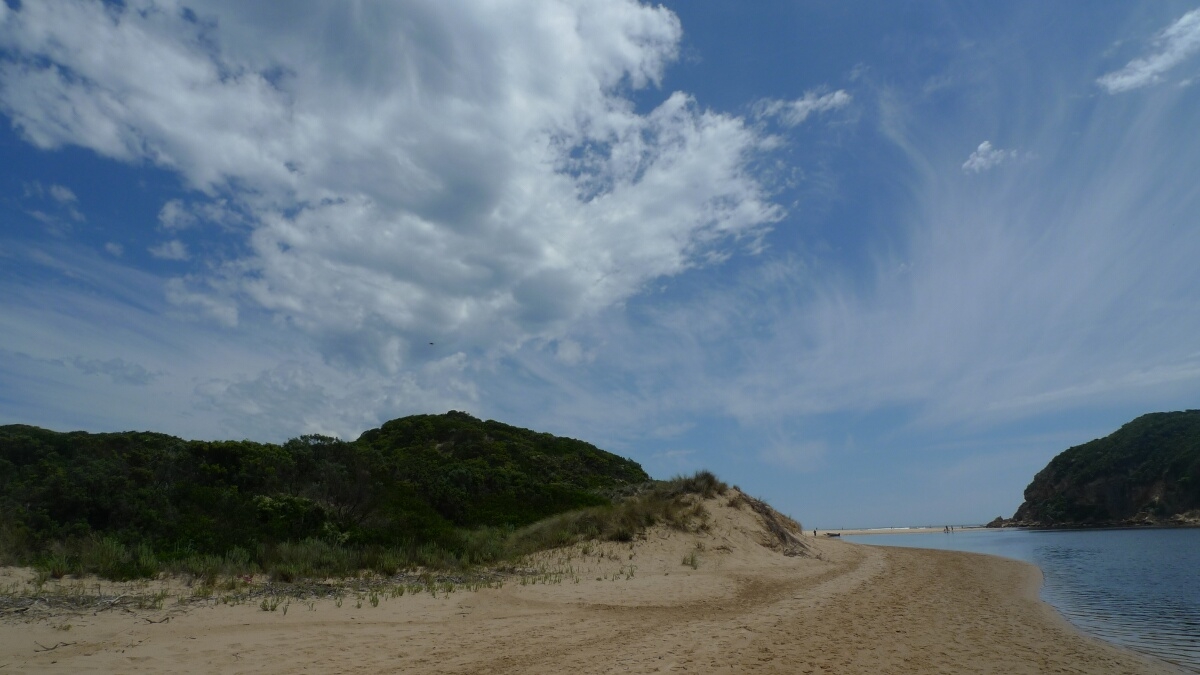 The last day covered the final leg of the hike towards Castle Cove. The hike only takes about 2 hours, but since I did not want to miss my bus back to Melbourne, i started early at 8am. The coastline becomes more rugged on this leg, and there are some cliffs that indicate that you are coming closer to the region of the 12 Apostles. After finding a large blue-tongued skink on the path that was warming up in the morning, I arrived at Castle Cove at 10am. It took just 10 minutes to hitch a ride back to Apollo Bay with the local school bus driver. He told me that the local school only has about 100 students from all around the area. He dropped me right in front of the parks with the BBQs at Apollo Bay. I bought a beer and started to make grilled cheese sandwiches. Since then I am eager to find another 4 days of free time to do the second part of the walk towards the 12 Apostles.