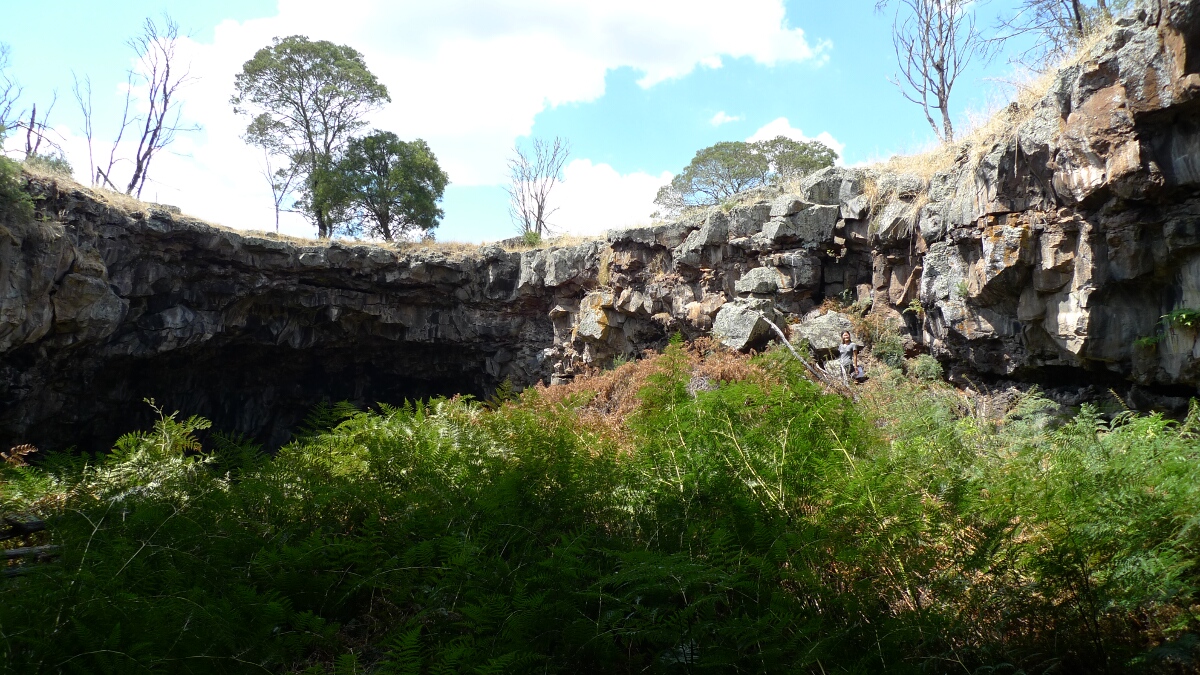 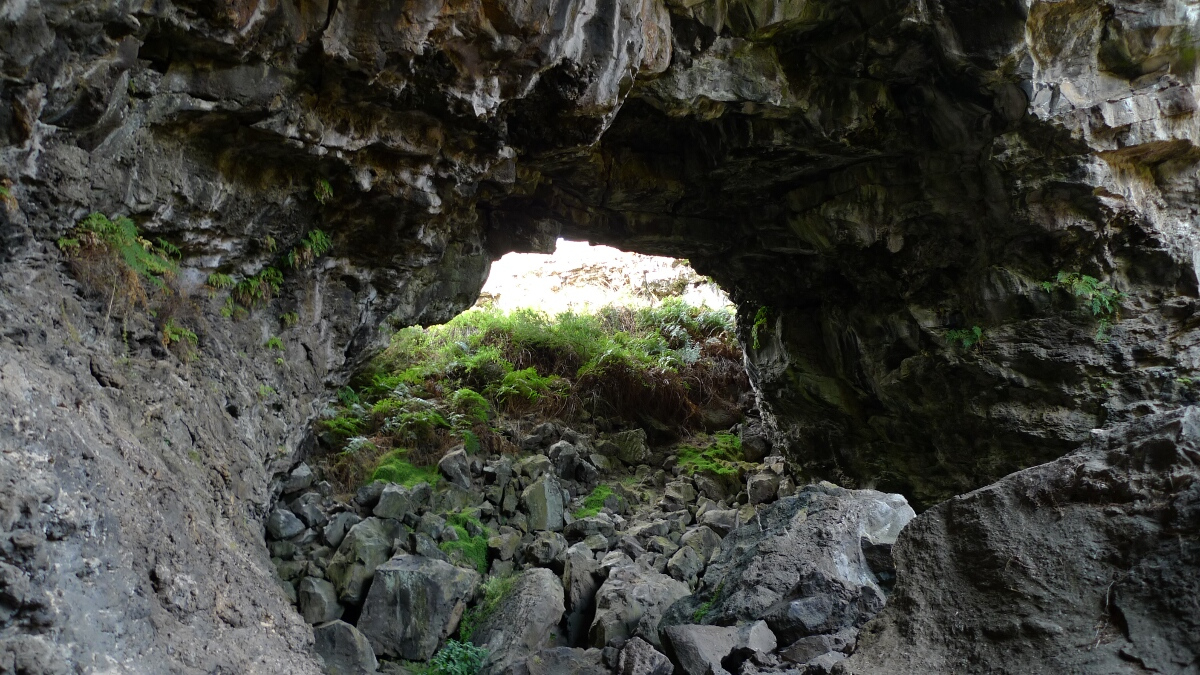 On the way from the Grampians to the coast, we stopped at the Byaduk lava caves about 20km south of Hamilton. The caves resulted from lava flowing from Mount Napier that cooled and solidified on the surface. When the lava ceased to flow underneath about 30,000 years ago, the hollow caves were left behind and eventually the thin surface crumbled and opened them up. 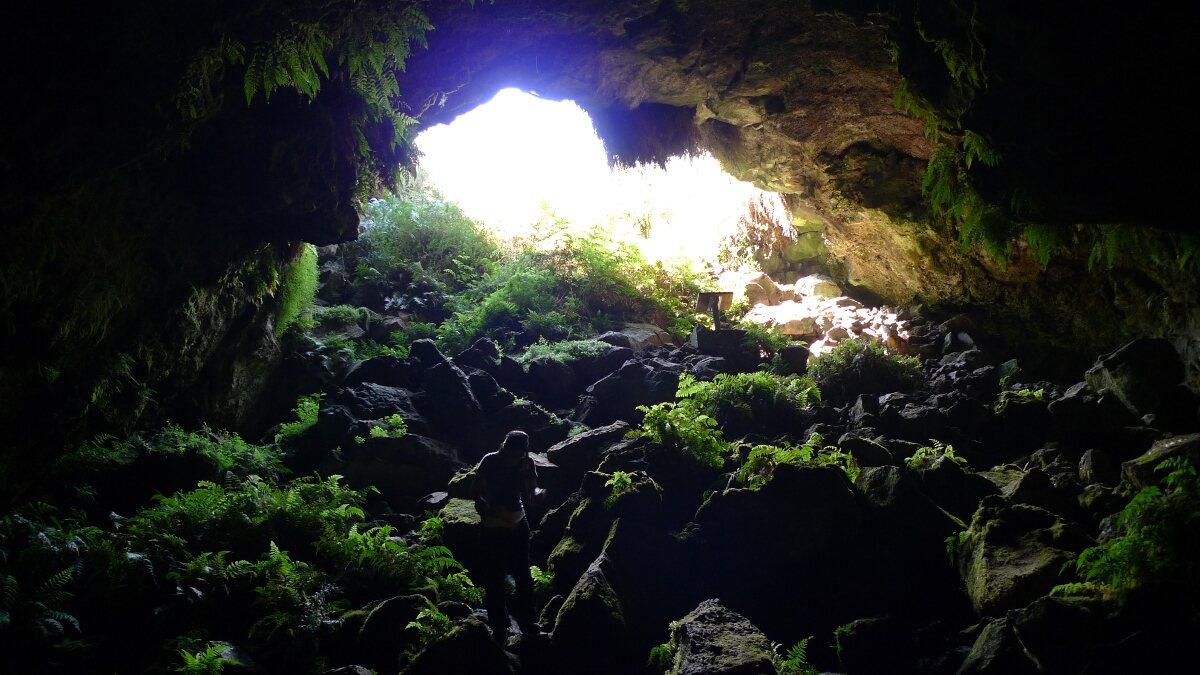 There are two different sets of tubes of which the first one is easily accessible. It is a bit slippery on the way down, so solid footwear (and of course a torchlight) are a good idea. On a hot summer day, the relatively much lower temperature once descending into the caves is very refreshing. The second set of tubes is not that easy to access. There is a rocky slope down which requires some squeezing and a little climb. You are rewarded by standing underneath a natural, rocky bridge that connects the surface above the tubes.

Visiting both caves took not much more than an hour. If you make your way down to the coast from the Grampians, its definitely a good idea to stop and go caving!