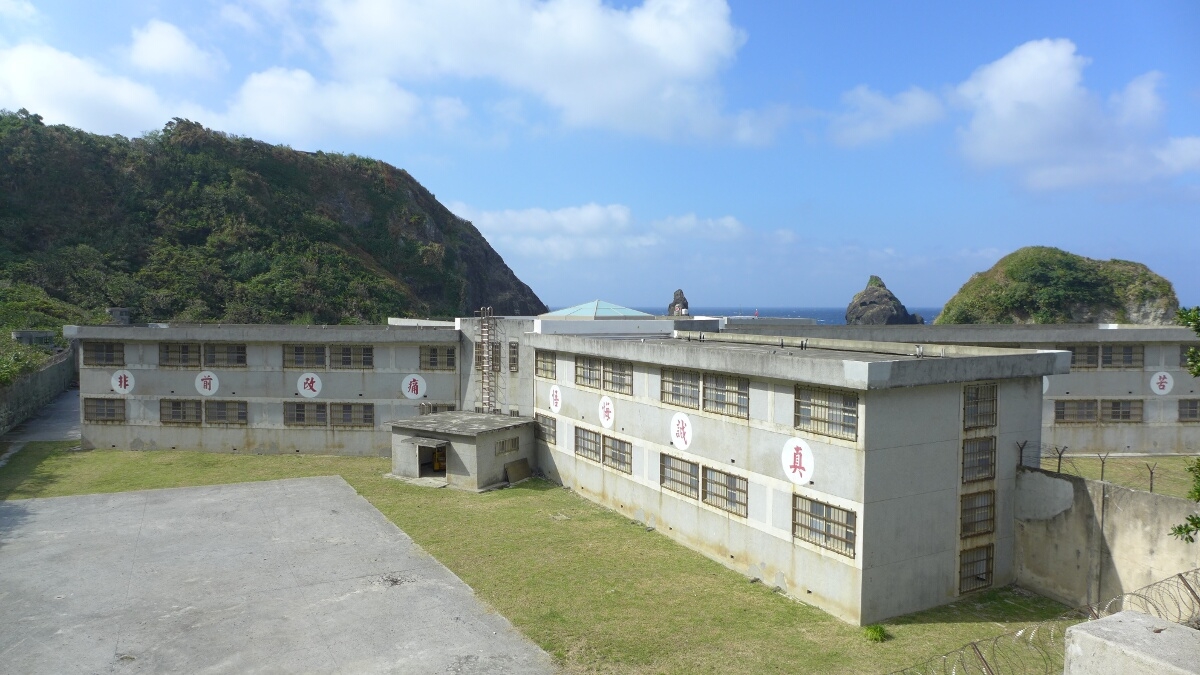 Due to its location 30 km west off Taiwan’s main island, someone got the idea to build a huge prison for mainly political prisoners on Green Island. During the time of the White Terror (late 1940s to late 1980s), thousands were imprisoned and sent to serve time in the prison complex on the north side of the island. The high security block above is also abandoned but still closed. Many other prison and administration buildings are still standing around with but have been cleaned of most doors and windows.

There is also a new building that hosts an exhibition of the history of the prison and personal stories of the former inmates. The exhibition was very interesting for me, especially the part of how the inhabitants and prisoners unintentionally crossed paths on the not so big Green Island. 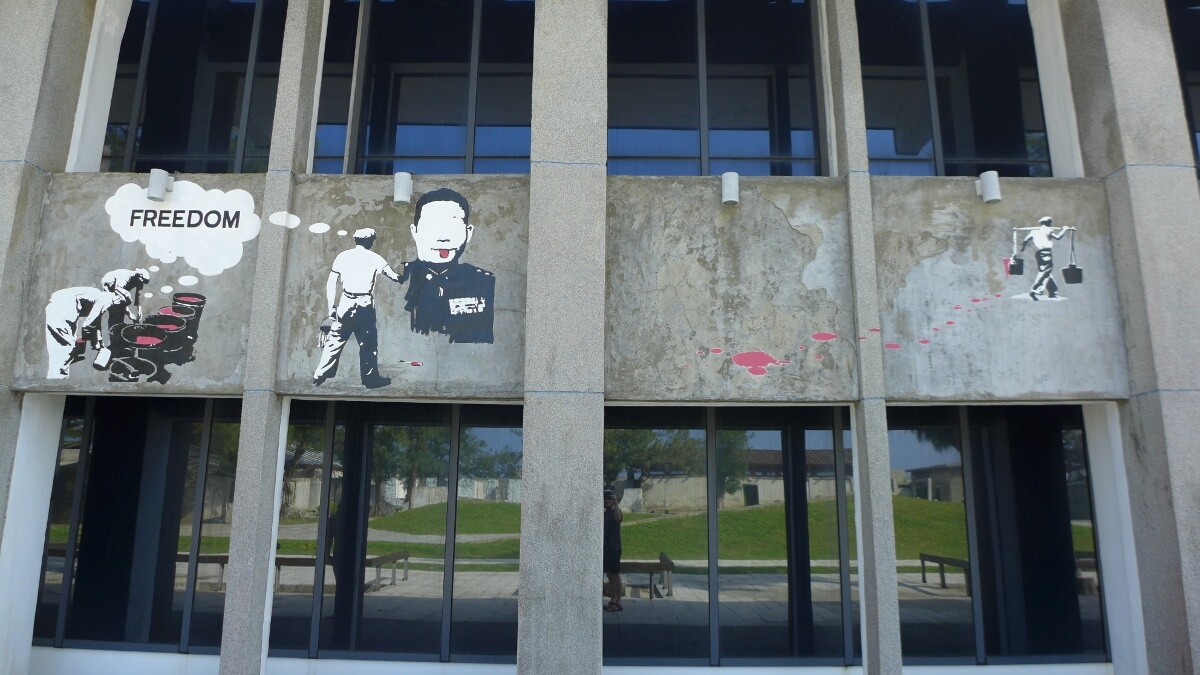