A wonderful dinner at Attica 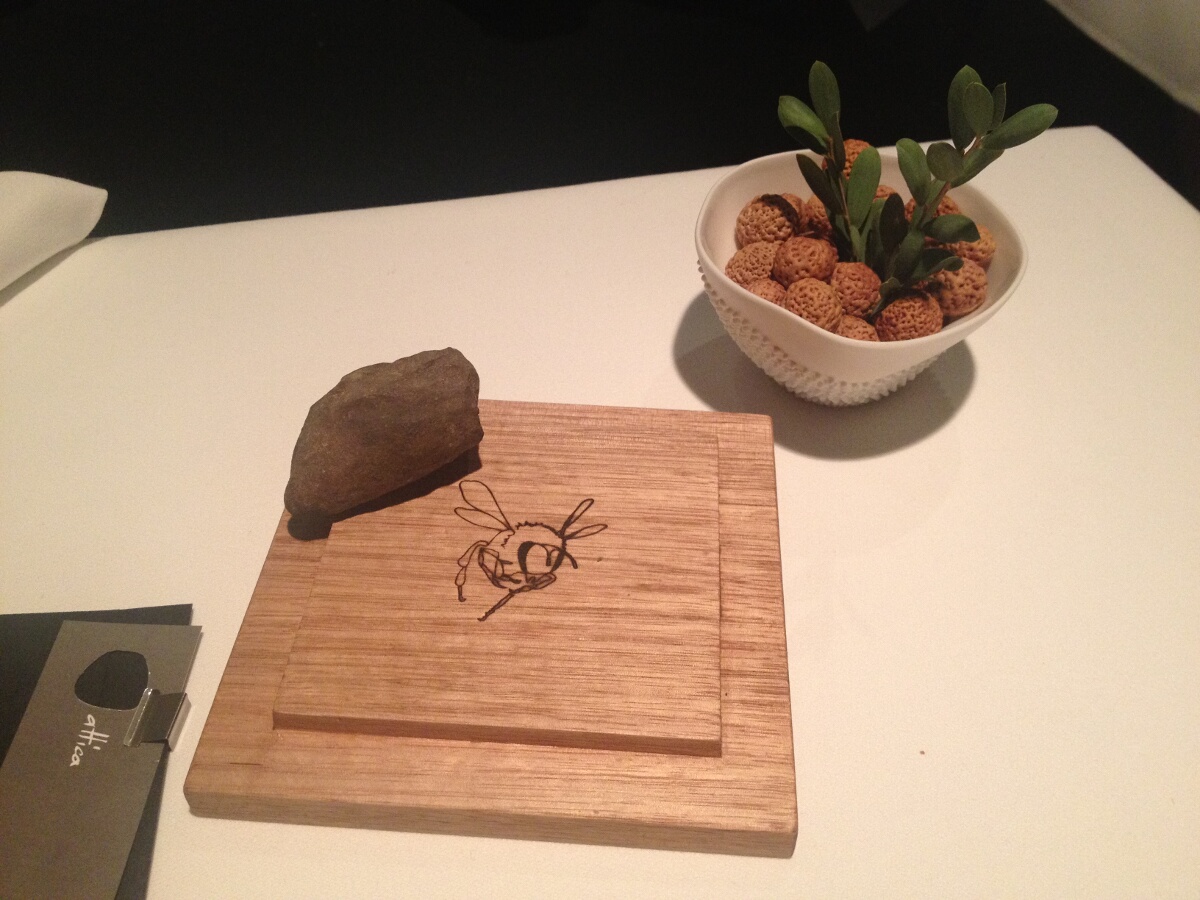 So we finally decided to try out the delicious food at Attica in Melbourne. They serve an 8-course vegetarian menu that sounded really, really great and so it was! It was almost our last week in Melbourne, and we felt like a treat after a week of overnight hiking and car camping. We were lucky to get a table since we just called two days ahead and they were able to confirm a space for us a day later. Bettina already wrote a great review of the food, thus I will spare my energy but link to her post instead and just post the pictures.

However, I have to add the beer review since that is not included in her post! Along the 4h meal, I enjoyed the Beechworth Pale Ale, a very hoppy ale that was served at just the right temperature (pretty cold). It was almost as hoppy as an IPA, but not as strong. It fitted well to the food, especially to the flash-fried oyster mushroom. 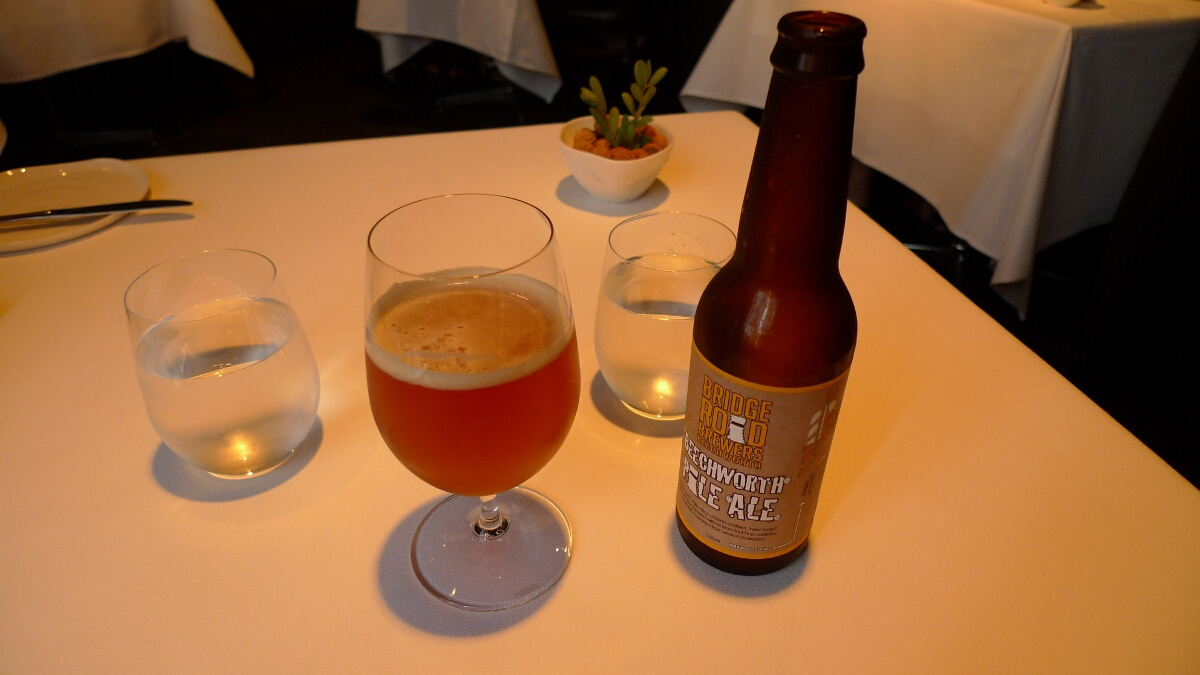 Altogether, the meal was wonderful, most likely also for me the best I ever had. The polenta along with the flash-fried oyster mushroom might be my favorite dishes for the night, with the plight of the bees being my favorite dessert.

I especially liked the setting and the atmosphere of the place. The waiters were super-friendly and the hospitality of the place was awesome. We were in the best mood throughout the whole feast! 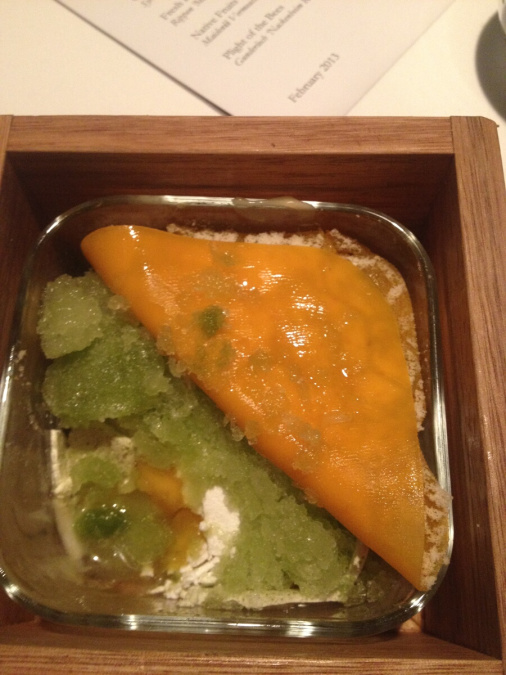